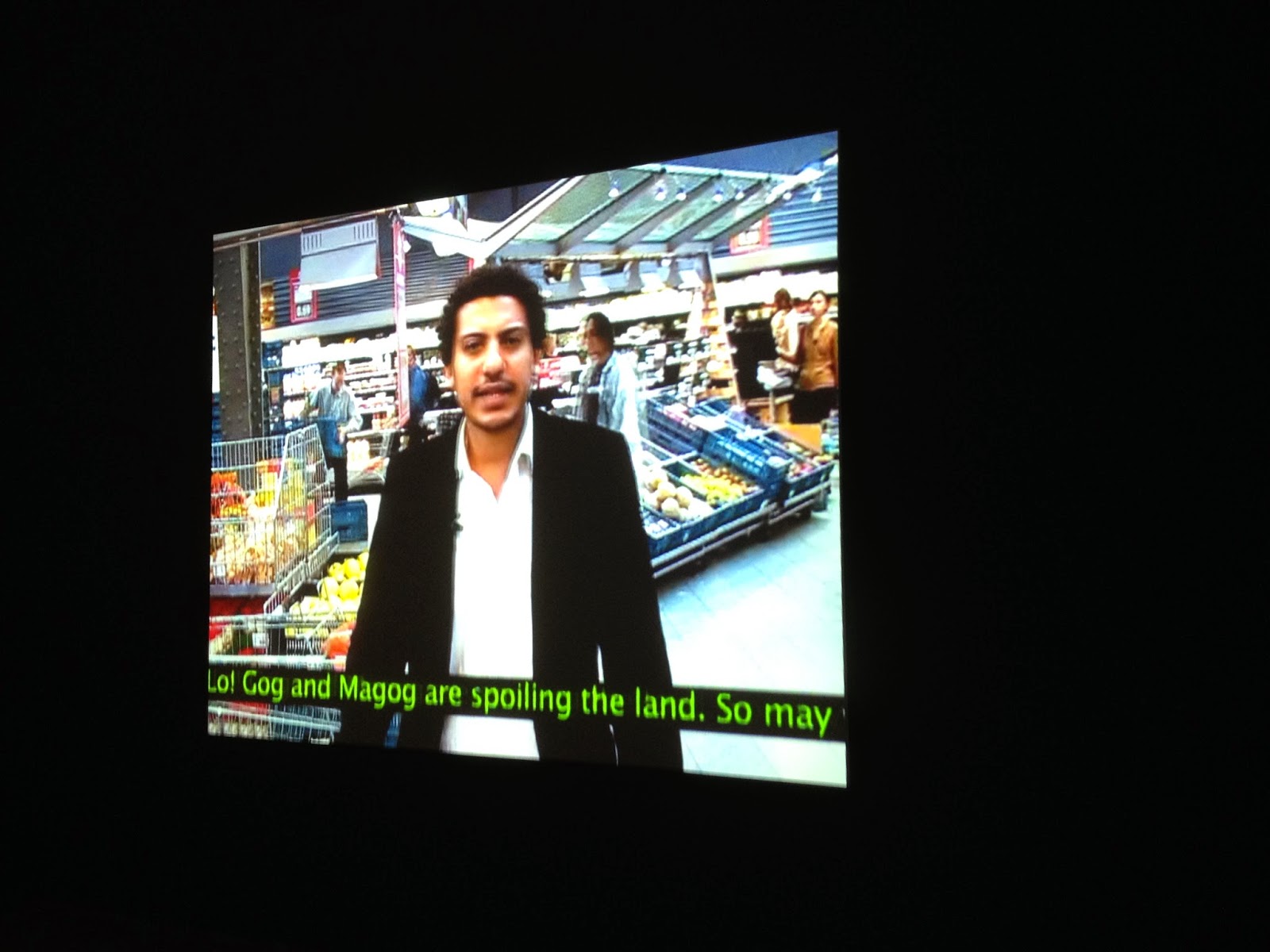 After a whirlwind tour of varied media art pieces on four floors, I would say that “Here and Elsewhere” lives up to the exhibit’s title in two particular video installations, exemplifying the Jean Luc Godard reference. The two videos play on both the cinema verité style (making aware the presence of the camera) as well as Godard’s canonical style (the metaphysical questioning of language, image interpretation, and reality construct of the moving image).

In The Cave (Amsterdam), artist Wael Shawky recites a long religious episode from the Qu’ran in Arabic. He strolls in a grocery store in a black tie and suit (with a ticker tape news flash transcription at bottom) with European whites shopping in the background oblivious to the significance of his religious prayer and pushing the viewer to reconsider his/her own gullibility of this faux documentary presentation.

Abdel Abidin’s music video reworking of songs commissioned by Saddam Hussein, are sung in transliterated Iraqi by English only singers, and here the piece communicates an original narrative from the Here and Elsewhere video – which is “Why is that we were not able to see and listen to such simple images? … Without any doubt, we know neither how to see nor how to hear?” The lesson: as seductive and believable video is, we must reexamine our methods of constructing reality and deriving information about “other” people and narratives from video. 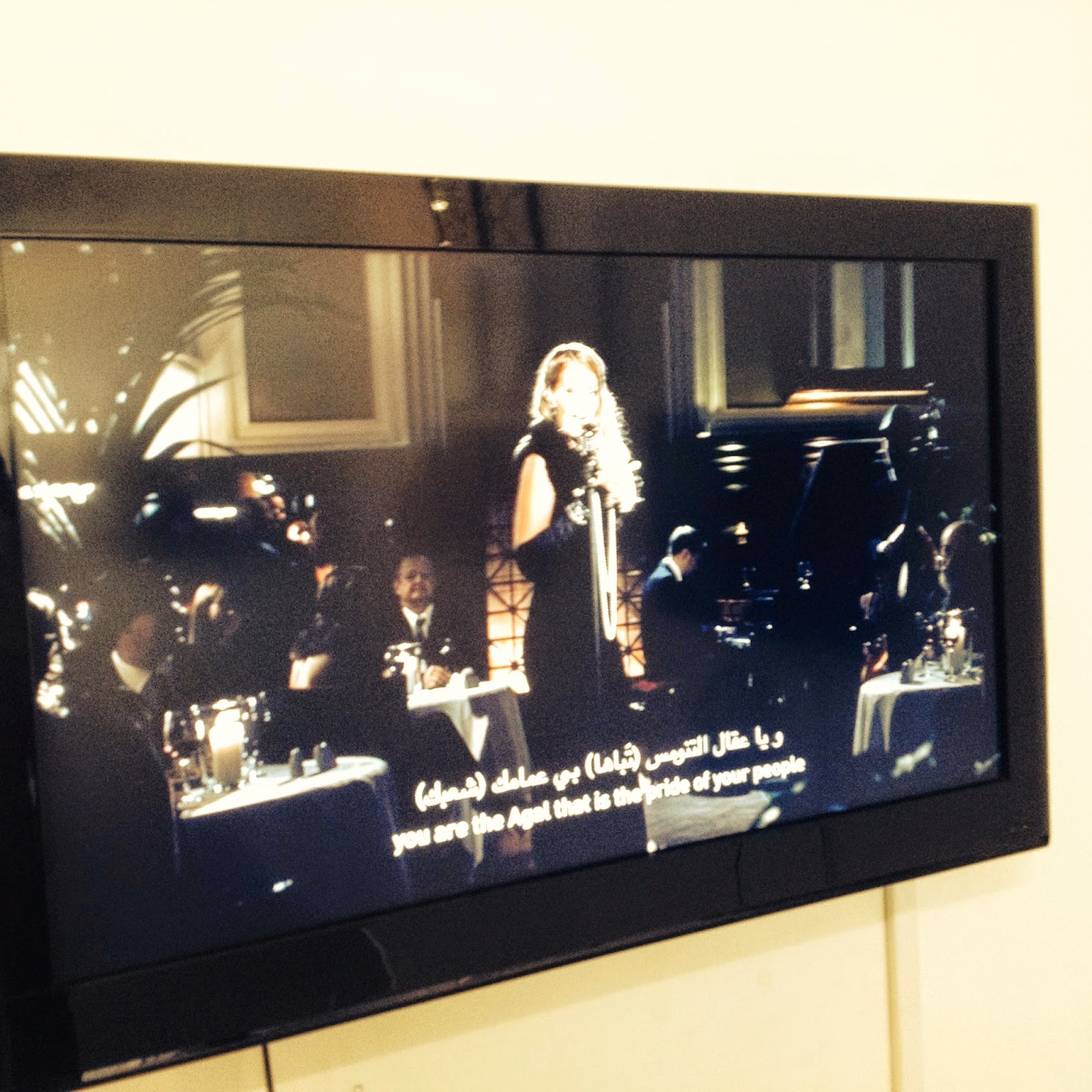