Petzel Gallery presented the ambitious work of Yael Bartana including her latest films, photos, and neon-text-installation. There were two rooms, one for each film: Inferno and True Finn. Auditorily, a heavier sound drew me first into the room, which was running Inferno. The Hollywood-blockbuster-like super-high quality resolution, grand sound, and extensive ending credits of Inferno were overwhelming, but also revitalizing. This technical grandeur amplified the sacrosanct atmosphere and helped the viewer’s immersion into the story. 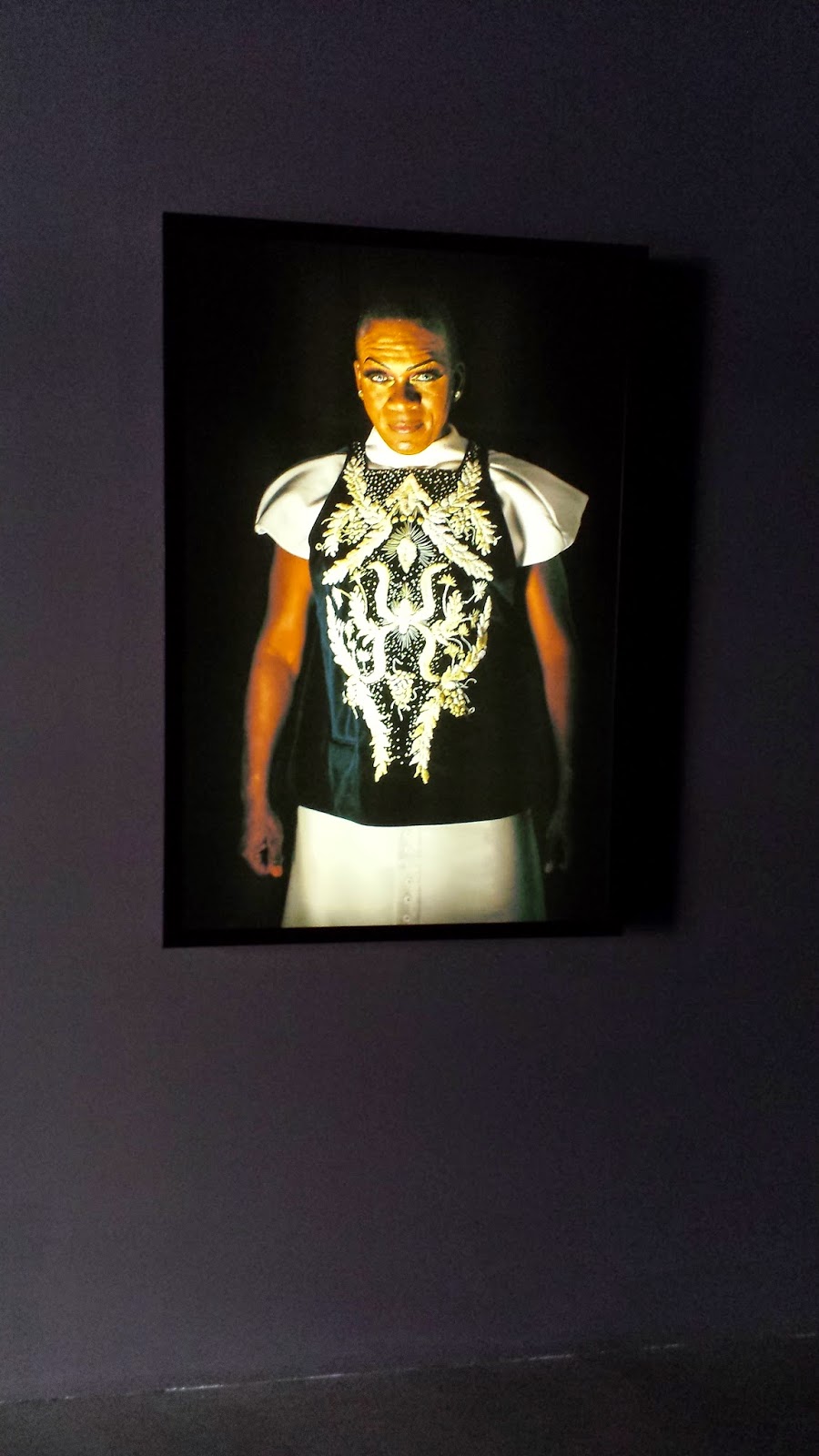 Inferno, a 22-minute film includes many contradictory and contrasting aspects: modern city verses ritual tradition, people’s jubilation verses sorrowful and epic music, and reconstruction verses downfall. In the film, the citizens of Sao Paulo go towards a new temple, the replica of an ancient church in Jerusalem, to celebrate its inauguration. Three helicopters carry sacred golden relics towards the temple with citizens’ expectations and blessings. After a drag-queen-priest starts the ritual, a sudden conflagration happens; but the priest escapes from the disaster by abandoning all dying people. Finally, the temple is destroyed like the demolition of the wall in biblical Jerusalem. 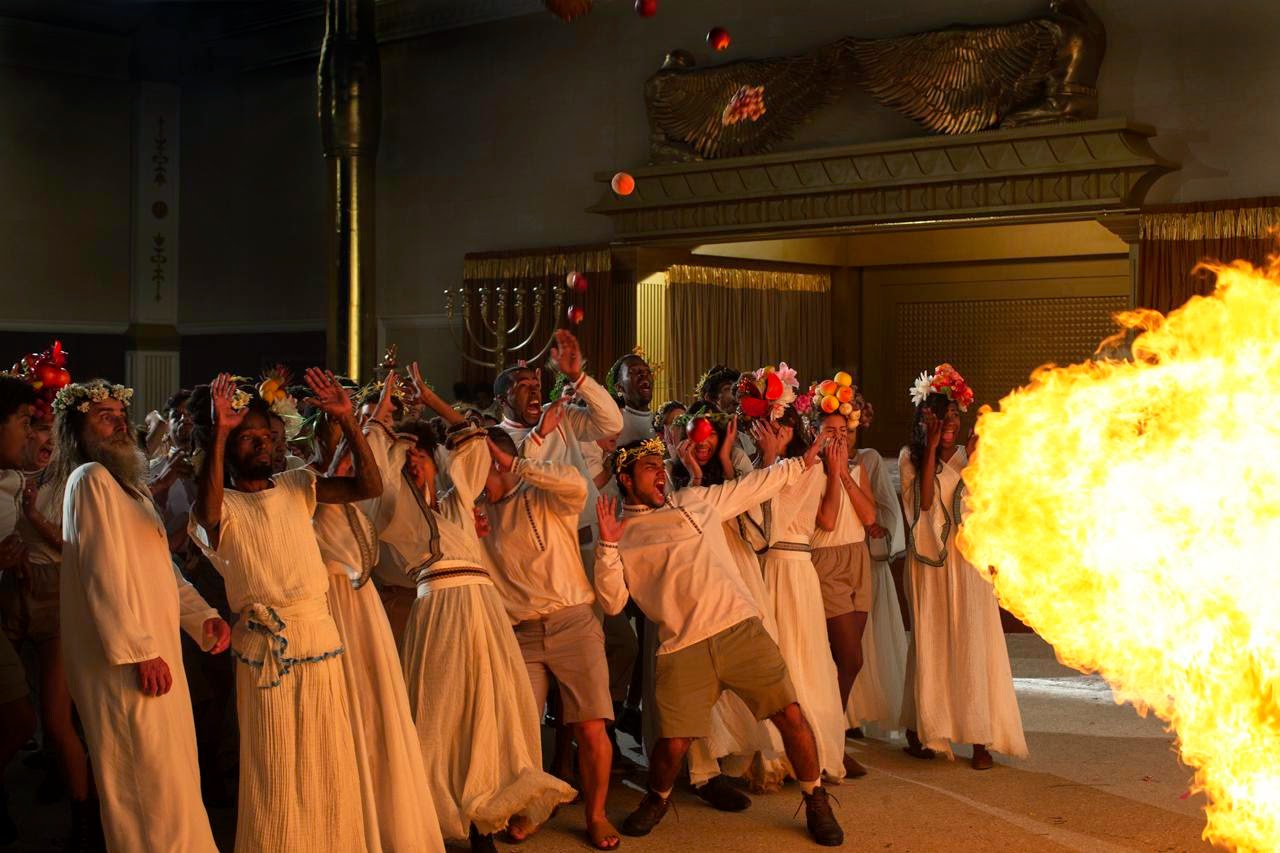 
In the last part of the film, people enjoy talking about the tragedy, taking photos in front of the remaining wall, referring to the Wailing Wall in Jerusalem, and worshiping the debris that had become a tourist attraction. Bartana’s film resonates with the futility and the absurdity of human. The artist reminds viewers of the hypocrisy of religion, as well as the forgetful and repetitive habits in human history. It’s powerful enough to make sheep-like viewers reflect upon the present age within the repertoire of history.

Mamma Andersson, “Behind the cutain” at David Zwirner.

January 8th to February 14th David Zwirner presented new work by Swedish artist Mamma Andersson. Andersson was born in 1962 in Luleå, Sweden. She studied from 1986 to 1993 at the Royal University College of Fine Arts in Stockholm, where she continues to live and work. The exhibit showcased the artist latest body of paintings and included two murals that were made specifically for the exhibit. She paints pictorially and her images seem surreal, but as if taken from a state or performance. The subject matter includes melancholic landscapes and private interiors.
Theatrical and domestic fictions construct an interior setting that reference domesticity and femininity. We are over-shadowed by giant characters that are based on toys or dolls. The representation of dolls appear throughout the show whether it is up-front, like her dolls that reveal their nature with their peg joints, or if it is more subtle such as seen in her painting “behind the curtain” which shows two female dancers whose bodies are stiff like a wooden dolls.


Her paintings seem heavily influenced by the painting process. In one work you will find areas that have washes of paint, or heavy and thick application of paint, or stark graphic lines. Her broad range of techniques is a testament to her engagement with the process. Translating her paintings to murals is a recent development, one that is complex and exciting. Entering the gallery to be over-whelmed by her murals is an experience that leaves the viewer challenging their familiarity with every-day objects (such as dolls).
Posted by Unknown at 6:26 AM 5 comments:

Though the weather getting cold in NYC, being greeted with Martin Creed’s colorful stripes at Hauser and Wirth Galleries in Chelsea was enough to make me warm up to relax with the object from india.

Subodh Gupta’s recent works in the exhibition called  ‘Seven Billion Light Years’ share the title of one of his film works which can be found in this show.

I had seen his show few times in my hometown, Seoul, South Korea, but this exhibition presents a variety of medium that he used not just his famous sculptures made with found and common object but paintings . There are films, installations and sculptures with his distinctive materials which are included the most fascinating works were his paintings. 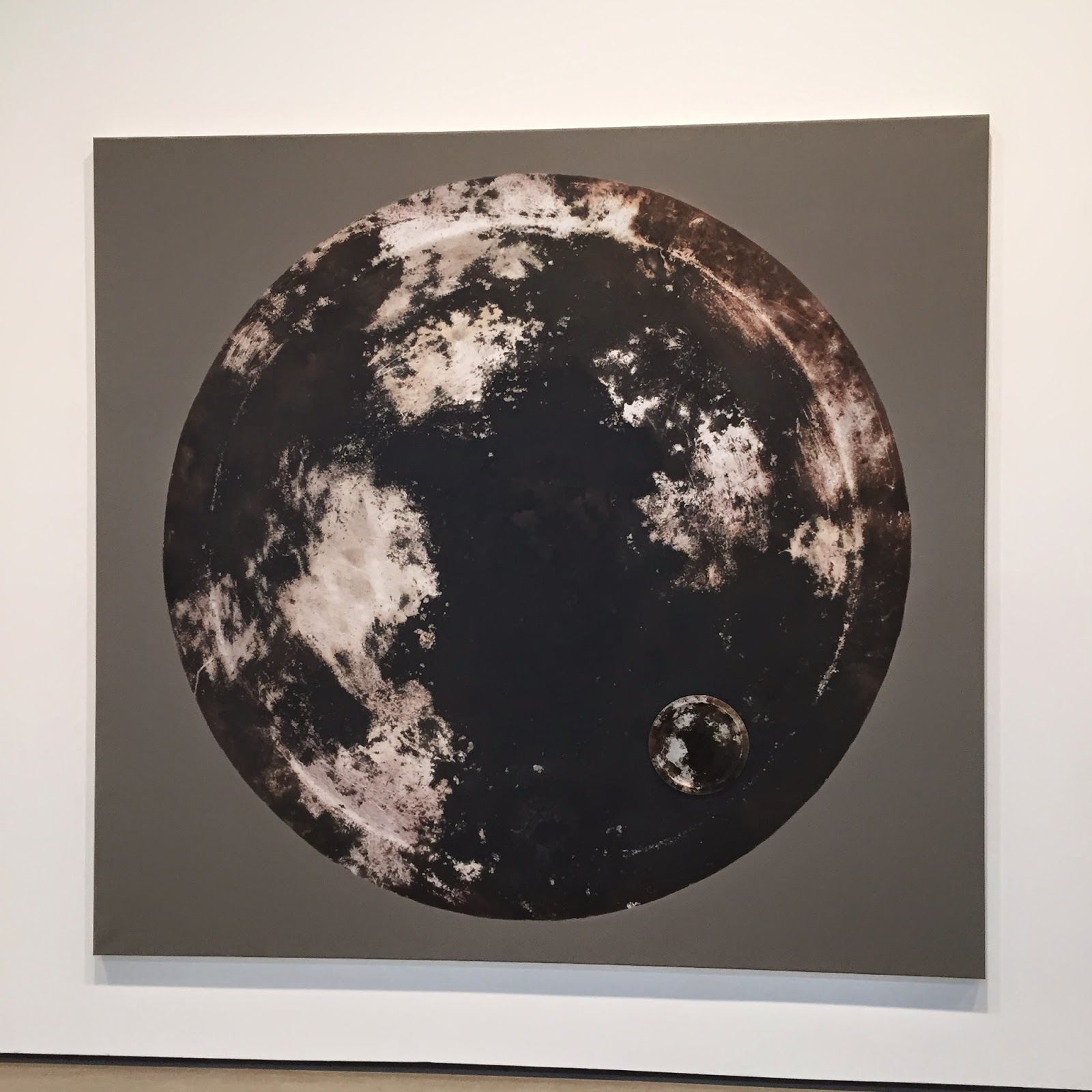 There are four different paintings about used utensil which is one kind of cooking vtersil. The real utensil is attached to one side of the canvas and the painting looks like a photograph of the object which is attached on it. Even though I don’t believe that he painted themself, the contents are enough to enjoy and appreciate his own intention. Through out the entire the show, people can have a chance to encounter the life of india which makes me look back of my life in Soeul and the monent that I didn't care about.

I have a confession. I get grumpy when I’m hungry. This was no different when I thought to myself, “Why bother looking photographs in person in a gallery if I can see them online?” I am aware of the shallowness of this comment. But this argument was immediately shot down when I saw the exhibition. 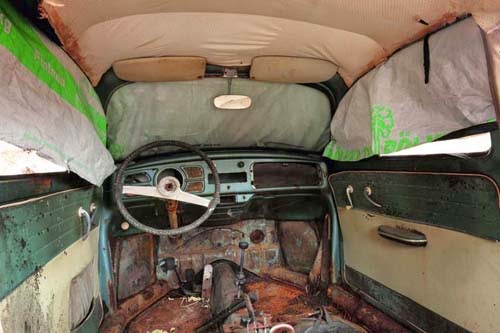 This self-taught, Finnish photographer presents a selection of works that vary exponentially during his travels in Finland. From abandoned cars to family photographs, Minnikko’s photographs imply the passage of time, as well as the inevitable decomposition of all materials: those animate or inanimate. The rusty metal colors resemble the decay, as if it was melting away from the photograph itself. The subject matter adds to this; yet there is an evident beauty behind the silent aging of the every day materials. 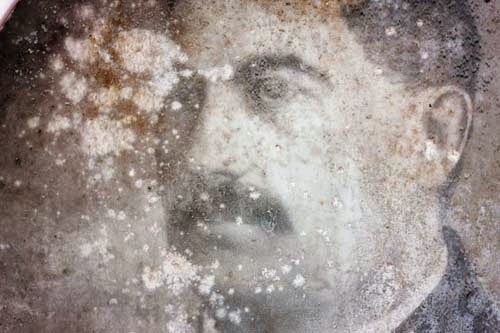 Perhaps the most intriguing component of this exhibition isn’t the photographs themselves, but the convincing presentation. The carefully selected frames for each photograph lead a peculiarity that compliments the photographs. In addition, the tight row of display of the photographs creates an irony that is a tribute to the relationship between photography and painting. It creates a delightful visual experience, where the singularity of works compliment each another with their character, wit, and unpredictability. It’s refreshing enough to persuade one to think that hunger was worth the while after all.