Elger Esser’s exhibit, "Et nous avons des nuits plus belles que vos jours,” (translates into And we have some nights more beautiful than your days) is a subtle, yet intriguing array of photographs and heliogravures that are not necessarily what they might seem.

Prints in color and grayscale showcase a variety of images taken in Giverny, France, at the gardens of the Fondation Claude Monet, the site known for his famous water lily paintings. While they appear as escapades in capturing dusk and dawn lighting, in reality all were shot at night. Playing with high contrasts and reflections, the images seem otherworldly and mystical. As the title of the show suggests, the beauty captured in these long exposure prints rivals the beauty of the gardens during the daylight.

Two particular prints deserve mention. Giverny VII Frankreich and Metz I Frankreich. Both of them color prints, the former radiates a golden aura, filled with the soft black shapes of the surrounding greenery. Striking because of its color and forms, the composition is enhanced by actually being a pond’s reflection; water lilies float in and around the tops of trees like that of flying saucers. The latter image engulfs you in the grandeur of the Metz Cathedral, seen from the water. Caught in a nostalgic sepia-esque haze, the Cathedral rises up through the center of the composition like a sacra conversazione’s Madonna, flanked on each side by riverbanks, instead of saints.

This show is truly an ephemeral journey of beauty and light. 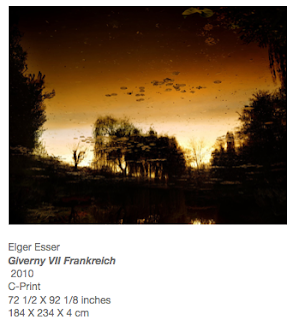 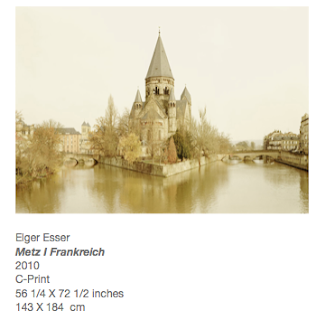