On February 14th, MoMA opened the first retrospective of Belgian artist Marcel Broodthaers in New York. He might be the most well-know artist you don’t know before. Broodthaers was a militant poet before. In the year of 1964 he decided to turn himself into a visual artist. This Retrospective covers the whole art career of Broodthaers and contains more than 200 pieces of works.

Marcel Broodthaers’ works have characters of both poet and artist. In his early works, he used the elements mussel shells and egg shells very often. For example the work Moules sauce blanche (Mussels with white sauce) and Armoire Blanche et Table Blanche(White closet and desk). The use of symbols in these works also has some kind of surrealism associations, so he also got called the “Romantic –Realist”. A big part of this show is his work Musée d’Art Moderne, Département des Aigles, which is a fictional museum. In this piece, Broodthaers played many roles, such as curator, museum director and art historian. It is very critical  about the art world at that time. It showed that the museums were full of unspoken ideology. Most of his works are installations and videos.

I think this retrospective is successfully showed us the importance of Marcel Broodthaers in the art history, and this show will give him a deserved place in the art world. 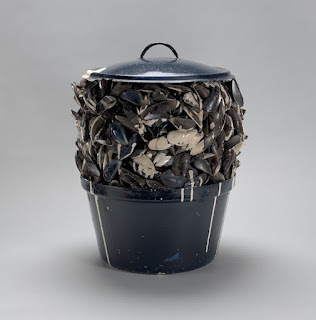 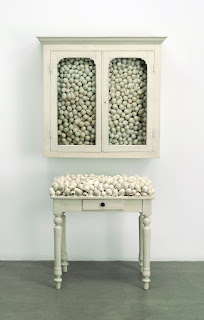 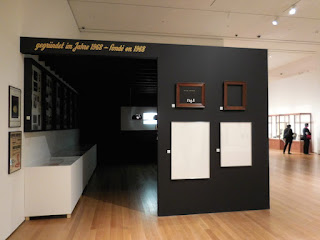