With a highly "blinged" exhibit, Rashaad Newsome's first solo show at Marlborough Gallery delivers a classical neo-baroque style from the 17th and 18th century with a modern spin to it. Inspired by high art such as Europeans tradition of heraldry, the profession of creating hierarchical coat of arms, Newsome is using “low art” images of popular culture. Taken from hip-hop magazines such as XXL, he is using golden chains, Rolex watches, hip-hop video girls, rappers, rims, hair weave, marijuana, pearls, money, big cars, rims, teeth grills, etc. to create collages of his own coat of arms. The art of heraldry is all about presentation, design, archive and defining what the coat of arms stands for. Not only are these intricate and meticulous handmade collages an homage to hip-hop culture but the frames are as well. Referencing status symbols of the hip-hop community, he incorporates golden chains and ropes into the frames. Newsome takes it a step further and works with an auto body shop in Long Island, New York to help match the colors of cars such as Lamborghini's, Ferraris and Buggatis to the frames, other objects pertaining to status symbols. The frames add to the excessiveness of the collages.

Black Barbie, a piece that caught my eye immediately, is based on the highly publicized and over-the top rapper Nicki Minaj. Her whole persona of being a "real life" barbie doll is displayed in this piece, especially with the overly decadent and saturated pink plastic framing the collage. This tribute to Ms. Minaj, someone who is at the pinnacle of hip-hop culture and has established herself as a status symbol, speaks volumes to the comparison Newsome’s making between her luxurious and lavish life and that of a officer of arms.

The collages were stronger than his video works, which I would have disagreed with if it were Shade Compositions, Five from the Whitney Biennial or The Conductor (Primo Vere Omnia Sol Temperat) exhibited at P.S. 1s Greater New York show. The video pieces exhibited at Herald were not as fluid or dynamic compared to Newsome's previous videos mentioned above.

Grand Duchess of Gainesville, on the top floor of the gallery, seems like one of his collages in motion. This is a blinged out composition of car rims framed by a necklace in front of a golden background with diamonds jumping across the screen. After a few minutes of that, two African American women come into the frame to hold up the emblem while cars and copious amounts of jewels encompass the space. He also plays around with the idea of making video collages with an older piece, The Conductor, but in a much more successful way because the collage process is not as literal. He is using different video clips to compose a collage whereas with his current piece at Marlborough, he is using an already existing collage and playing around with the shape and movement of it. By putting his highly complex collages into a moving image, Newsome is detracting from the fixed ones on the walls. It is repetitive having two different mediums of the collage coexisting in the same gallery show.

I found Dance of Succubus more appealing with the vouger fully clad in an elaborate golden body suit. The vouger is encased in a box of never ending dark skinned hands and legs moving around as they mirror each other. One of his past videos, Five, has to do with the interesting history involving vouging. Herald is a 12-minute video piece in which Newsome goes to London, England to earn his own coat of arms through The Royal College of Arms and leaves with the title of an honorary pursuivant, a junior officer in the heraldic ranking. In an interview for his Matrix 161 show at the Wadsworth Atheneum in Connecticut, he refers to himself as the “herald of my generation.” This piece embodies that he holds such a title because getting a coat of arms is a traditional of the white man.

Newsome is using a contemporary theme in an extremely intellectual way to display an age-old practice of Europeans status. While he is defining this specific culture of abundant luxury and wealth, an archive is being created at the same time, which is a large part of heraldry. He views these rappers as warriors, with having overcome adversity. Rashaad states their raps are based off of “medieval poems that are pretty much about the fickleness of wealth and partying and how spring brings forth new things.” Newsome is taking something that is looked down upon by several classes within American society, and putting it on a pedestal, rightfully so. He is transforming the way the hip-hop culture is viewed. An officer of arms is regarded as a highly respected figure who represents class and elegance. While rappers may have lewd and obscene lyrics, they represent social and economic status. Rashaad has adopted this practice of heraldry and given it a new definition. By replacing traditional objects that would customarily be placed on a coat of arms shield such as coronets, helms, mantling, unicorns and griffins with bling, cars, video girls and money, Newsome draws a parallel between the two and defines the royalty of today, which are rappers. A coat of arms embodies achievement, power, status and clan, which is accurate to describe hip-hop culture. 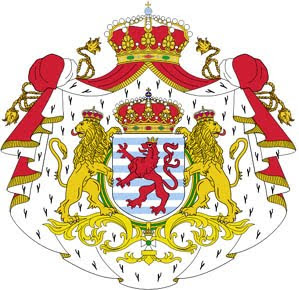 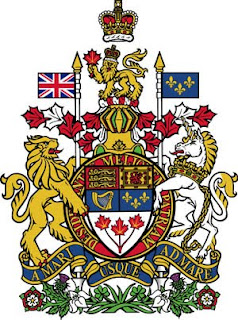 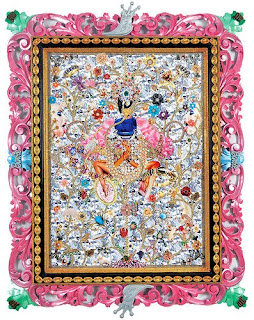 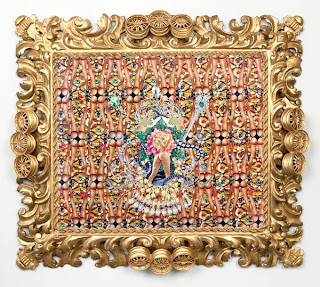