Indonesian artist Entang Wiharso’s first solo exhibition in New York included highly figurative work of high relief sculptures made with cast metal and colored resin, along with mural-sized large paintings.  The artist had mixed traditional Indonesian style with Pop Art and Surrealism. The work mostly involved depictions of a family (possibly his own):husband, wife and two children attached to each other with various connecting devices including stems of vines, network of veins, cable wires, and tubes of various sorts.

The work immediately hinted at dependencies on technology to communicate with each other, even amongst family members living in the same house. Struggling figures composed of weapon-like objects appeared to be symbols of the continuous persistence required to deal with contemporary life. The most impressive piece Inheritance, was a life size cast of a family of four at a dining table on top of which lay a massive silver carp with red splotches. The inscrutability of this piece attracted me; perhaps Wiharso’s intention was to create ambiguity and leave an open ended interpretation of his work by the audience.

Using his personal experiences, the artist tried to start a larger conversation about issues like the stress caused by global economy, multi-cultural ethnicities, historical baggage and the co-existence of the old and new. 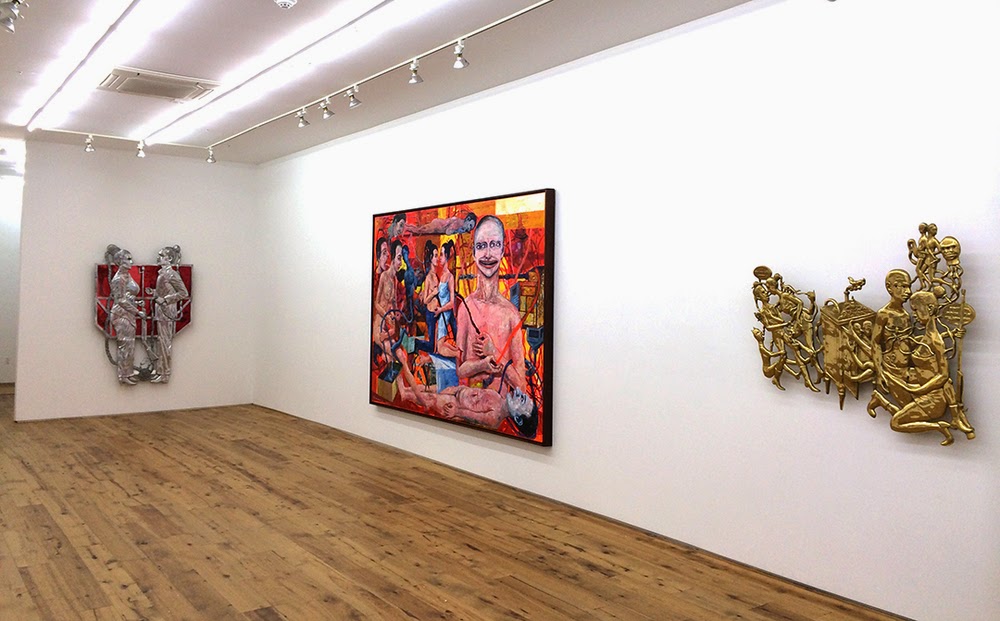 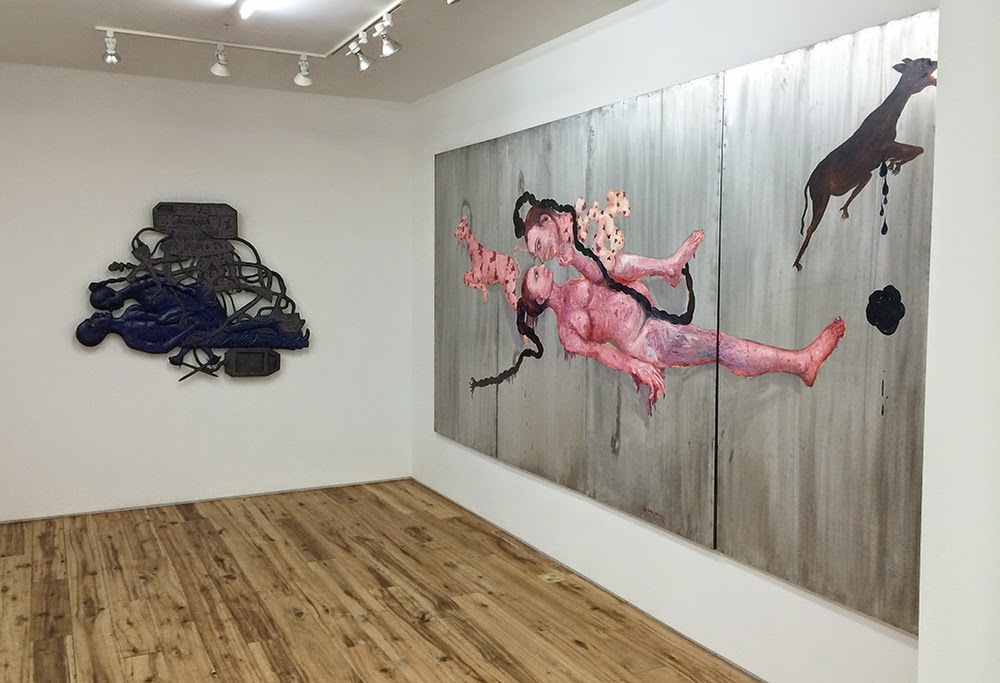 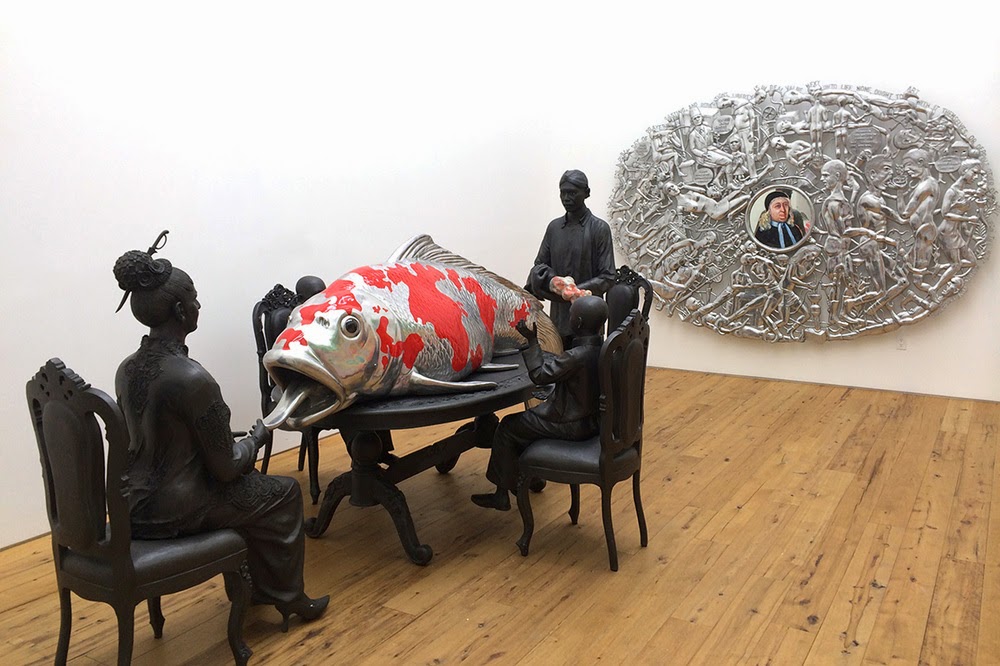