Guan Xiao, "Documentary: Geocentric Puncture" at the 2015 Triennial of The New Museum

“Surround Audience,” the 2015 Triennial at The New Museum, features fifty-one artists from over twenty-five countries. The exhibition takes on the new challenge of how artists address questions of identity, of the self as well as in a larger social content. These innovative artistic experiments of the show range from critical interrogations and culture investigations to technological contributions and material evolvement.
Guan Xiao is a Chinese artist whose work is presented in front of the third floor elevator. Three giant photographical settings with symmetrical patterned backdrops and the overlapping of objects caught my attention immediately. Carefully observation of Guan’s work, Documentary: Geocentric Puncture (2012) (fig.1), reveals that Guan uses everyday objects, such as tripods, camera lenses, security cameras, and buckets with a handmade sculpture of a snake eating itself, handguns and a human head, and a classic column respectively.
By detaching and reconstructing all those symbolic objects, Guan recreates a different body of knowledge about how things should be read. She takes ready-made and hand-made objects and displays them in her work, not so much for their value as three-dimensional, decorative elements, but to construct new meaning by layering them. For instance, the image of a snake eating its tail (fig.2), often known as Ouroboros; the double handguns displayed upside down as a frame within a frame on top of the Easter Island stone head (fig.3); and the security camera, which is pointing to another security camera (fig.4), can be read together as the cyclicality of life.
Although there is no certain logic in Guan’s work that people can follow to be able to understand their meaning, the aspect of listing the historical and cultural elements does illustrate a genre with the infinite possibilities of the universe. 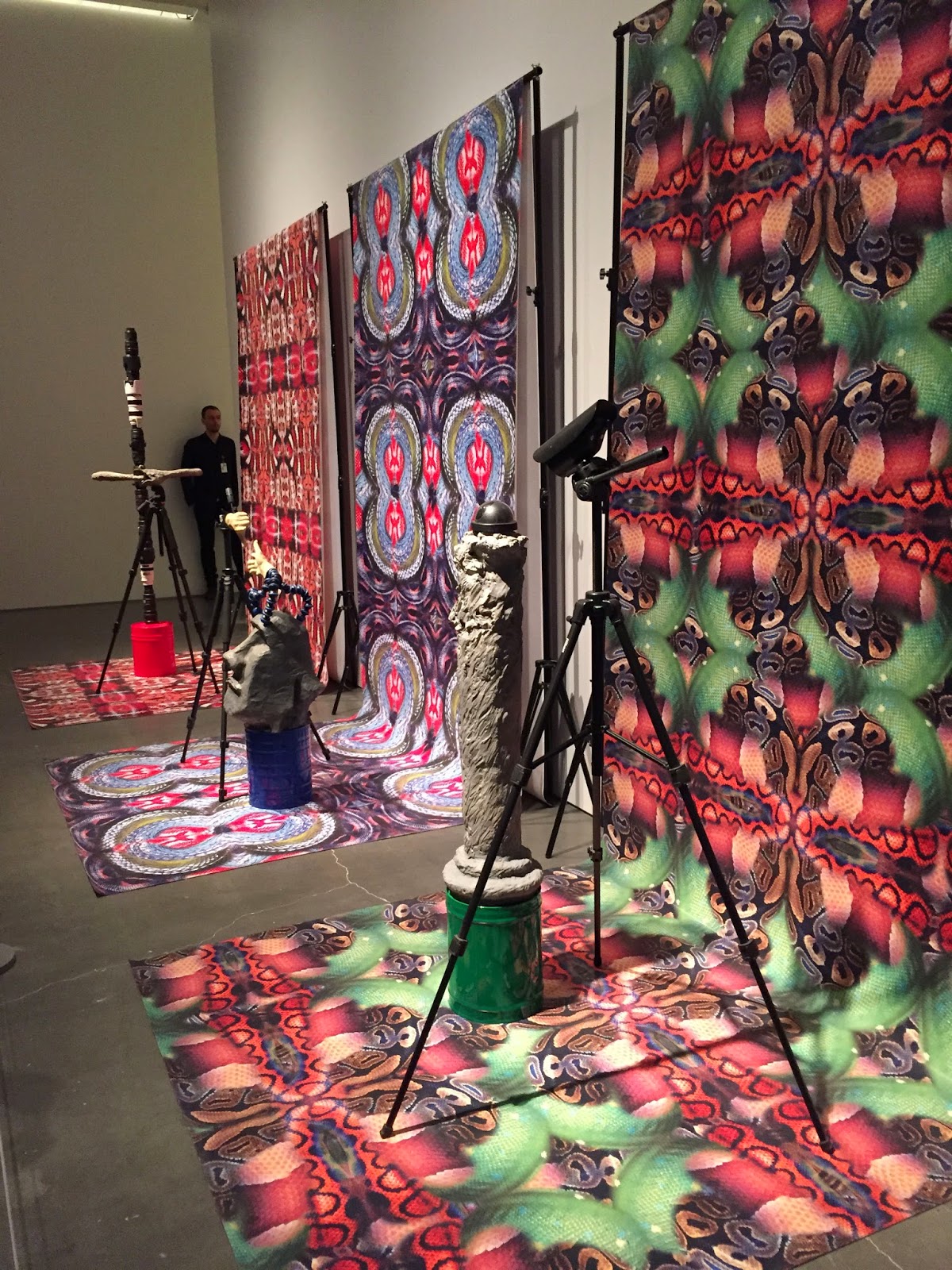 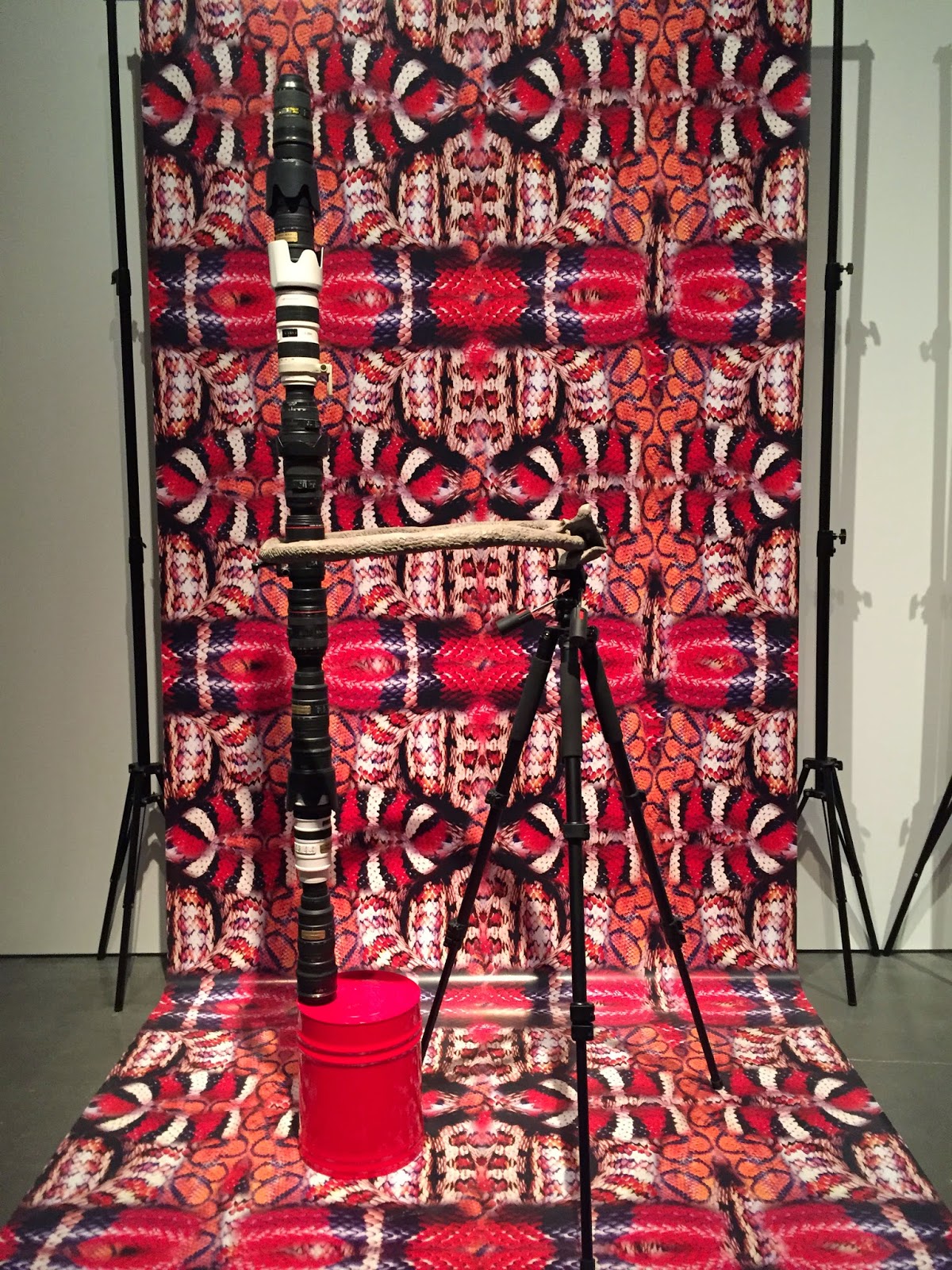 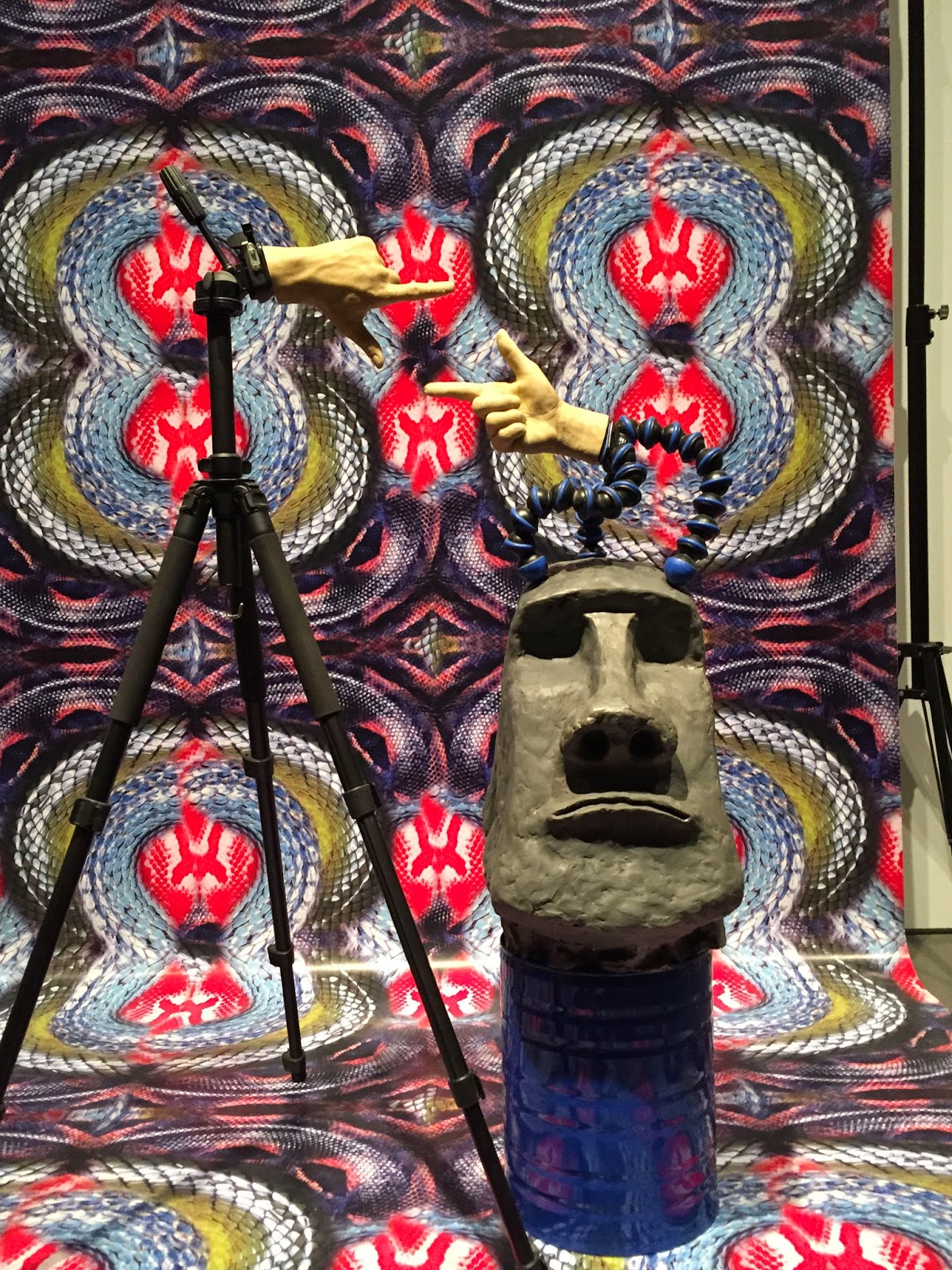 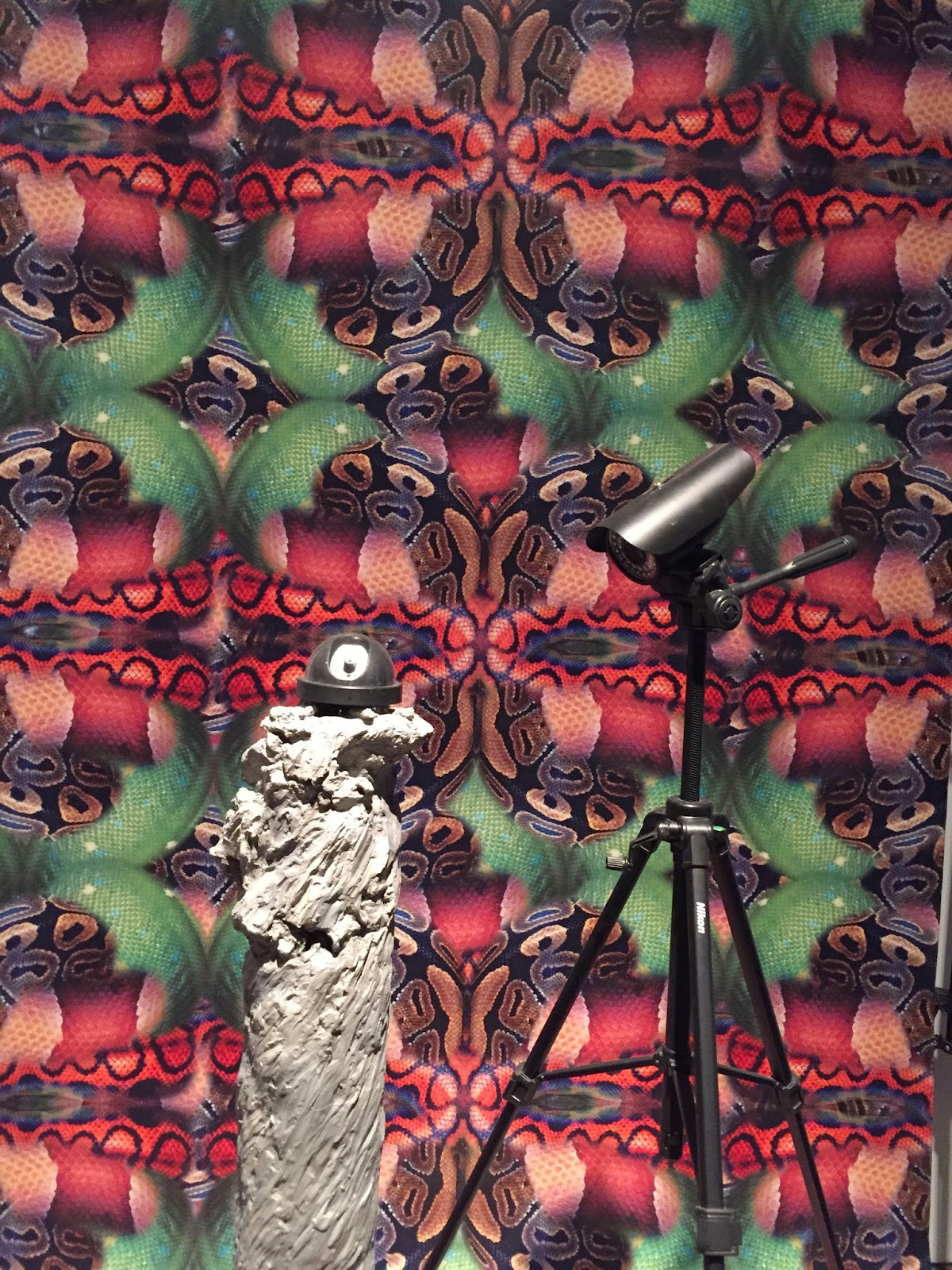