LEITMOTIV from cinthia marcelle on Vimeo. 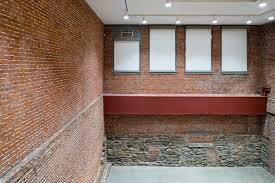 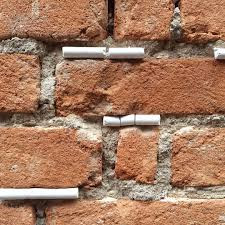 Walking down the hallway of the basement in MOMA PS1 where Cinthia Marcelle’s Project 105 is currently on display, I heard the sounds of waves. I followed it, and found, instead of a hidden beach, a theater where Marcelle’s film Leitmotiv was playing.

As the video played, water from all directions flowed to the middle of the screen as if tides were crashing onto the shore. The dark and turbid water carried dense bubbles, creating a strong contrast with the sooty water. The water kept shifting around the floor. Slowly, the sound of scrubbing was heard. A few people could be seen scrubbing the water towards the centre, more and more aggressively. The artificial scrubbing sounds began to drown out the tidal sounds. The white bubbles assembled to a huge mound of foam and overwhelmed the screen. The people stopped scrubbing, and the foam gradually scattered and floated away.

Marcelle's works reveal the power of labor and the trace of time. In The Education by Stone, pieces of chalk are lodged in a wall one by one between the bricks. Peoples’ labor and effort are physically transformed as part of the installation. As time goes by, the chalk will fall when it no longer sticks to the wall. Leitmotiv is, however, distinct from Marcelle’s other installations. It is a video loaded with traps. It keeps misleading, drawing one to incorrect conclusions. For example, the ground floor, which is seen in the first two minutes of Leitmotiv, creates the illusion of a satellite image, while the aggressive tidal sounds trick you into feeling the presence of a beach.  When you are watching Leitmotiv, you keep receiving information that is different from what you expected.

After the video was over, I wondered for a moment what Cinthia Marcelle was trying to say. However, afraid of falling into the same trap again, I quickly caught myself. And the moment I stopped being suspicious, I realized that this reaction, this double questioning, might be where she has led us.