Containers and Their Drivers; A Seminal Retrospective of the Work of Mark Leckey

Mark Leckey explores perception, memory and the essence of pre and post-Brexit British culture through the largest retrospective of his work to-date, titled Containers and Their Drivers, on view at MoMA PS1 through March 5, 2016.
The exhibit functions both as a nostalgic reverie of the-way-things-were and a critical examination of the economical and political influences that led up to the-way-things-are. Leckey’s work is a shrewd selection of images and artifacts from British culture. Multiple renditions of Felix the Cat are found throughout the exhibit, most notably a giant blow up version of Felix, pressed into a corner of a room. In a shrine-like portion of the retrospective called The Universal Addressability of Dumb Things, recreations of consumer goods are situated on pedestals and in dioramas, presented as artifacts of consumer society. One room is devoted to a full-scale duplicate of a favored highway underpass, complete with the sound of traffic passing overhead, and a wash of sodium light. The overpass is also featured in Leckey’s 16mm films Fiorucci Made me Hardcore and Dream English Kid, both chronicles of the artist’s youth in Liverpool that celebrate the underground punk-rock scene of the 1970s-1990s.
In re-examining his work of the past decades, Leckey has created a retrospective that still feels relevant today. Brexit left Brittans to wonder, “How did this happen?” Leckey’s work searches for answers. 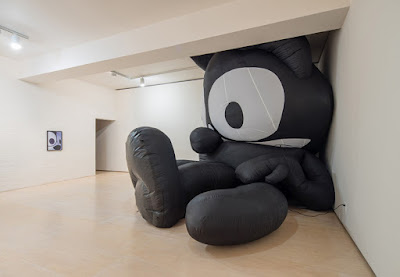 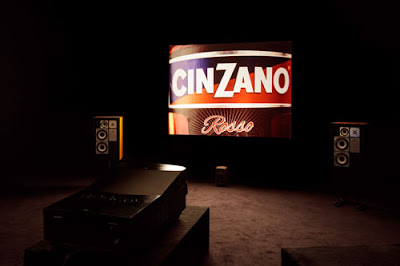 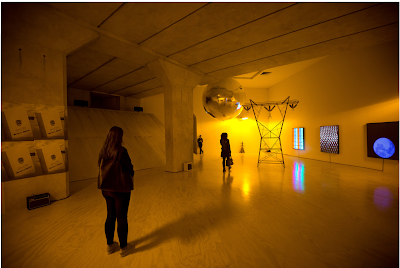 Posted by EleanorSydelle at 6:48 AM