Creating a concrete future in Towards a Concrete Utopia at MoMA 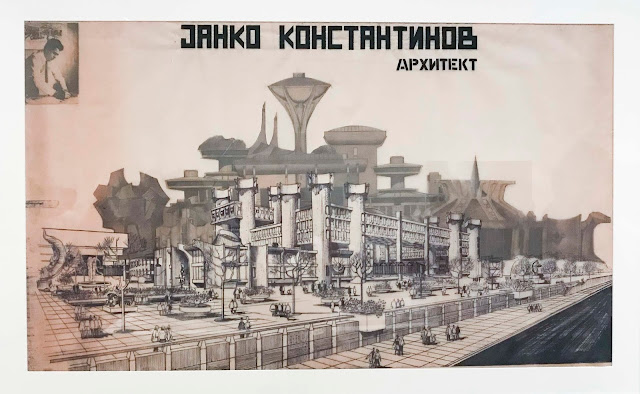 After World War II, Yugoslavia was looking for an architectural language to unify their new country. Concrete, it seems, was the best grammatical framework. The Museum of Modern Art’s exhibition, Towards a Concrete Utopia: Architecture in Yugoslavia, 1948-1980, explores how Yugoslav designers used architecture to express the optimism of a new era, one of collectivity bound by socialism. Geometry, civic construction, and, of course, concrete, were the elements that formed the post-war building boom surveyed in MoMA’s show.
Photographs, models, renderings, plans, and video all serve to illustrate the ideation, creation, and function of Yugoslav architecture. With this material, the show really requires more than one visit to fully absorb it all. The exhibition is organized around several major themes, including modernization, public buildings, global networks, and everyday life. Perhaps the most intriguing part is the final section covering monumental architecture; the forms become more organic, open, and flowing rather than rigid and angular. It was in these memorials to fallen soldiers and anti-fascism that Yugoslav architects tested the limits of reinforced concrete as both a material and as a representation of globalist, utopian and nationalist ideas. With this Eastern lens, Towards a Concrete Utopia sets the stage for broader scholarship of modernist architecture and its relation to post-war socialism in the twentieth century.
Posted by Anna Talley at 3:50 PM