Toward a Concrete Utopia 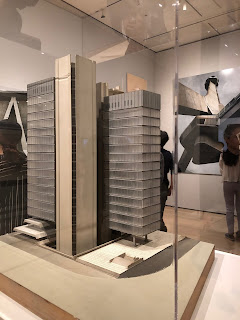 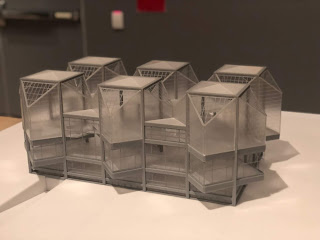 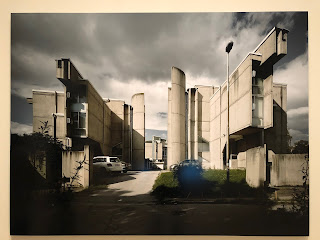 During the World War II, Yogoslavian architecture formed the nation’s ideals and uptopian with a large number of architects, designers as well as artists. This multiethnic country with six republics and two provinces brought together the aim of having affordable massive housing, educational institutions and public spaces made in concrete. Walking into the show, I was shocked by the aesthetic of the buildings, the bold sculptural forms and the large volumes of those buildings. I started to understand how those architects struggled to look for a new form of architecture for their new country. One of the beauties of concrete is its possibility of transforming into different shapes and volumes, this allows explorations of architecture in Yugoslavia. For example. the Museum of Contemporary Art has a system massive grids interconnecting with one of the other, shifting from one side to the end, forming the main structure of the building. Each unit of the volumes rotates 45 degrees in relation to the other, creating this angular contours that forms the facade of the building. This allows expansions of volumes. Concrete works well with the glass and steel frames to create dynamic connections from interior to exterior. It’s hard to believe that this was made more than 50 years ago while it seems so unique and brave today. Another building that stands out of the sight is the S2 Office Tower in Ljubbljana, Slovenia. This tall concrete tower with a steel grid structure for office areas is organized by an innovative structural and functional system. The tall vertical architectural mass was broke by a perpendicular cut from the middle, making the office volumes appear suspended above the street. With precise architectural documentations in the drawings of its plan and section as well as the delicate model, I started to see how the architects in that period strove to explore the expressive qualities of concrete from office to museums and churches. Although the political experiments in Yugoslavia failed, the achievements towards the architecture’s potential continues to inspire us today.