The Influence of Judson Dance Theatre

Judson Dance Theatre: The Work is Never Done exhibits the various artists that practiced and performed in the Judson Memorial Church in Greenwich Village in the 1960s. The Judson Dance was revolutionary because in many ways the artists in this movement redefined what dance could look like. The exhibition was curated mostly in chronologically and showed a range of mediums including photography, film, sculpture, and music. The show opens with a video tryptic of two dances and footage of the MoMA sculpture garden. This leads into the next room which shows how the Judson Dance Theatre started.

One of the most interesting parts of the Judson Group is the nature of the dances. In one part of the exhibit photos about performances on an outdoor deck are shown. The way the Halprin company incorporated nature and the natural world into dance was extremely influential and introduced a way of dancing outside of a studio setting.

In addition, the artists and dancers of Judson Dance Theatre took inspiration from everyday occurrences and used them in dance. In their performances walking and running were often employed in addition to other mundane actions. The exhibition does a fantastic job of portraying the immense influence of the Judson Dance Theatre by allowing the viewer to experience the performances. 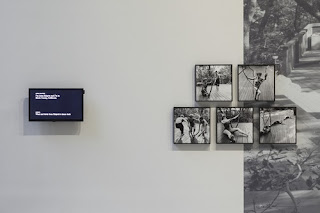