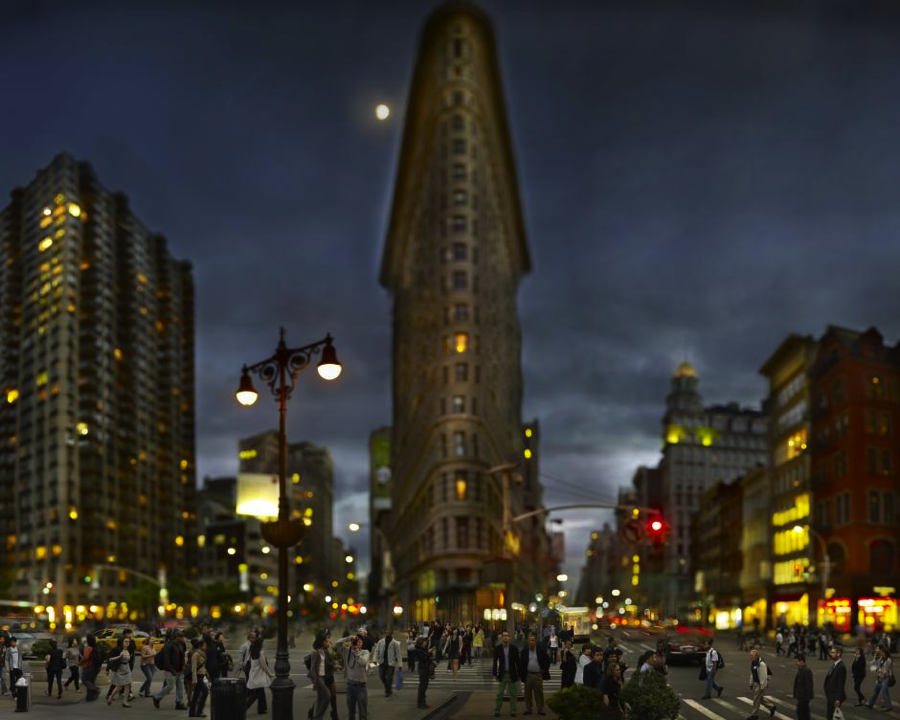 When I walked into Liao’s at the Museum of the city of New York, I felt like I just entered an urban area. Most of the pictures were city views; however, I started noticing some special qualities to the images that aroused my interest. They didn’t look like Daido Moriyama’s traditional city pictures, but instead each picture has its own character and main focus, it’s obvious because a video in the exhibition unfolds this process. Many of his digital works were done with multiple exposures and focal points inside one frame. An image of the Flatiron Building caught my attention the most with the clear exposure of people walking under the blur building.

According to the composition of a picture, the Flatiron Building itself was supposed to be the main character; however, it was out of focus with an outline of its shape in which left only a trace of its iconic form. On the other hand, the street’s citizens, tourists, lamps and vehicles were clear and emphasized. Besides, many of the tourists were looking at the camera, as with the two men standing in the middle right. Some tourists were even taking pictures to the direction of where Liao took the picture. I felt a little embarrassed looking at those eye contact.

The sky was a dark blue shade that made the city looks cold. However, street lamp was bright and strong that its yellowish nature was spreading out to the environment. Accompany by the blur of diffused yellow light from the building, I could feel the warm inside such a cold city.

All in all, the practice of Liao is mainly related to “stitching images”. His practice created different focal points under one frame. The imperfection within the gaps somehow performs as a role of transitional zone between objects that also successfully bought out the iconic shape of the “blur” objects. Liao’s practice promoted the infinite development and possibility in digital photography.