Nature is A Discipline 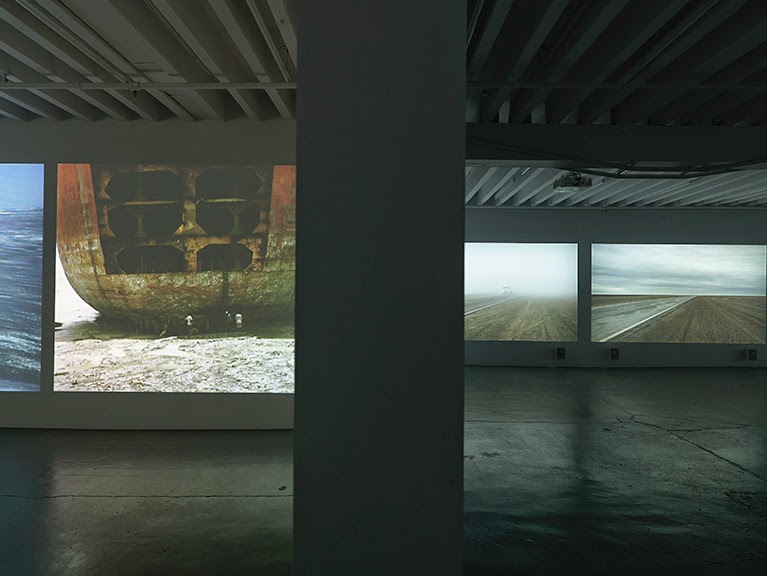 Miguel Abreu Galley is showing American filmmaker Peter Hutton and James Benning’s work At Sea (2004-07) and Tulare Road (2010) on 88 Eldridge Street; and Hutton’s Three Landscapes (2013) on another location, 36 Orchard St. In order to create the distinct approaches as Hutton and Benning did in filmmaking before 1970s, the exhibition are displaying as a three-channel-video installation. Begin with the question that is there a certain reason for displaying Hutton and Benning’s work next to each other rather than Hutton’s or Benning’s own work alone in one space? 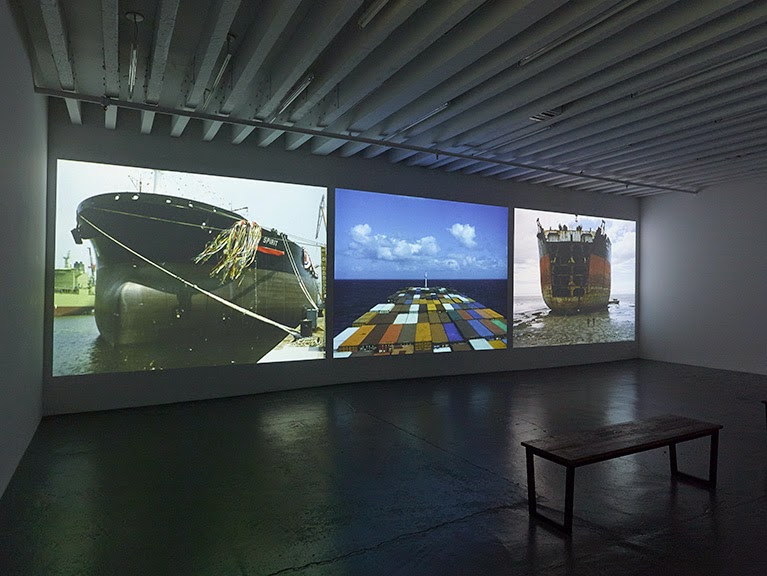 At Sea (2004-07) is a real time documentation of Hutton’s life as a Merchant Marine. From left to right, the three screens depict the construction of a ship; the cargo’s travelling view; and a rusted ship landed on the shore. In filmmaking, those three different sections are supposed to showing one after the other. However, Hutton decided displaying them at the same time, so the viewer review time messages at one time.


Benning’s Tulare Road (2010) is next At Sea (2004-07) in the second room. At first glance, I almost consider they are still images until the rising sound of the cars and trucks passing by the landscapes. The minimalism of Benning’s video work attracts me by its sublet manipulation. As my eyes look at the three screes longer, I started to notice the differences between them, such as the weather is slightly change from dense fog, cloudy day to blue sky.

Successfully, the exhibition juxtaposes Benning and Hutton’s work in one space, allowing us to experience the interconnections about time and space of their video works. 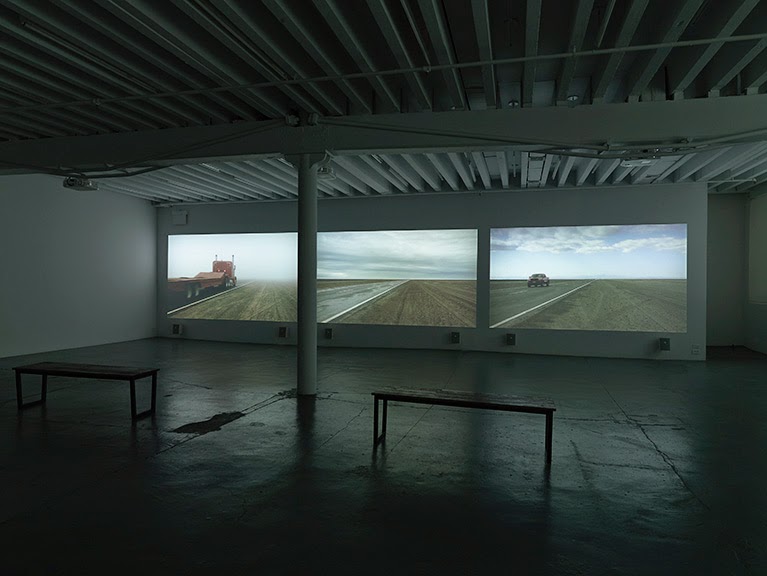