Another Picasso show has arrived at Gagosian Gallery at 21 st in Chelsea. “Picasso and the Camera” was curated by Picasso’s biographer, John Richardson, with the help of others (including Picasso’s grandson).

What shocked me at the get-go was how multi-sensory and unpredictable the show was  in its design. I always had this image in my head of Picasso bouncing around from drawings to paintings to photographs to sculpting something to moving about in his studio. Just as the camera allowed Picasso to better understand how he painted/sculpted (as well as serving documentary purposes); the show mapped the innumerable ways that technology could manifest itself in the creative process. It’s not as easy as merely exhibiting the photographs he was involved with. 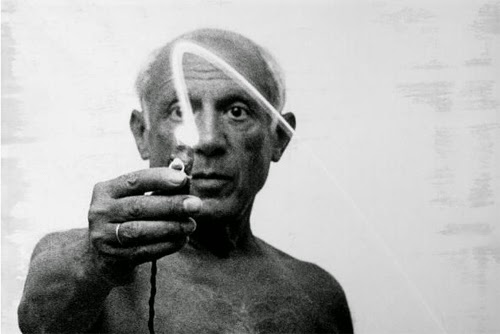 Walking around the open exhibition spaces, I was able to make connections to the various media representations. It was refreshing to view an original painting, see how it was photographed by Picasso and view a photograph of Picasso making the work by another photographer simultaneously. There would be a bust of a cubist sculpture, and placed next to that would be photographic images on a wall of Picasso drawing outlines of figures with light. I hadn’t realized how much Picasso collaborated with photographers and filmmakers. A grid of lithographs, “Diurnes”, showed about 30 experiments with photogram’s Picasso made with Andre Villers. 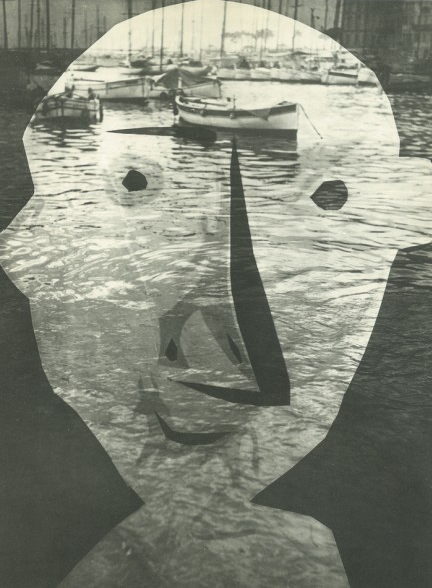 The central multi-media feature in the middle of the gallery contained a room with ceiling-high walls, upon which various films are projected (above eye level). Viewers could enter/exit at each corner of the square shaped room and had many films to focus up on. One of the films, “Les Mystere Picasso,” directed by Henri-Georges Clouzot, shows Picasso drawing on a glass plane with paint. The film gave me insight into Picasso’s process. Looking at other peoples’ gazing faces, I realized how important it was to interpret the ways Picasso worked just as much the finished works themselves.
Posted by Dan Levinson at 9:48 AM