Zero Tolerance looks, predominantly through a video lens, at global people’s action and reaction towards impinging government control in the name of civic improvement.  Timely and political, what is at stake in an exhibition such as this is reflection on communal desires as they press against the possibilities afforded by the capitalizing powers that be.

The exhibition opens optimistically with a series of Lorraine O’Grady photographs, Art Is..., 1984.  Part performance and part photo-documentation, smiling attendees of the 1983 African-American Day Parade become active participants and stars via a golden picture frame that is passed around for posing.  Framing friends, fathers with daughters, and prancing afro-haired dancers together with bashful cops, O’Grady’s vein of community is in that moment, harmonious. The joy is sincere and most congruent to an ideal freedom.

Halil Altindere’s Wonderland, 2013, takes the format of a music video.  3 young Romani guys dodge through the streets of Istanbul while unleashing a tirade of hard lyrical offense directed at the gentrifying forces threatening their ancient home.  The rhymes are specific to their own community plight, but they clearly inform of a situation that has become the norm in every oppressed quarter of the globe.  Wonderland presents a hyperbolic scenario of gentrification, the city’s rich aged ruin is juxtaposed against the crumbling poverty and youth of the rappers.

I was riveted for the full 106 minutes of Andrei Ujicâ’s Videograms of a Revolution, 1992, an extensive reconstructed chronology of the the last days of mass protest that led to government overthrow in Romania, 1989.  Compiled from the only tools censorship would allow- handheld home video cameras, security cams and official news footage- the multiple angles of defining moments are never tiresome or mundane. The weight of hope and anticipation experienced 25 years ago so far from Long Island City, is felt anew, amazing and exhilarating. 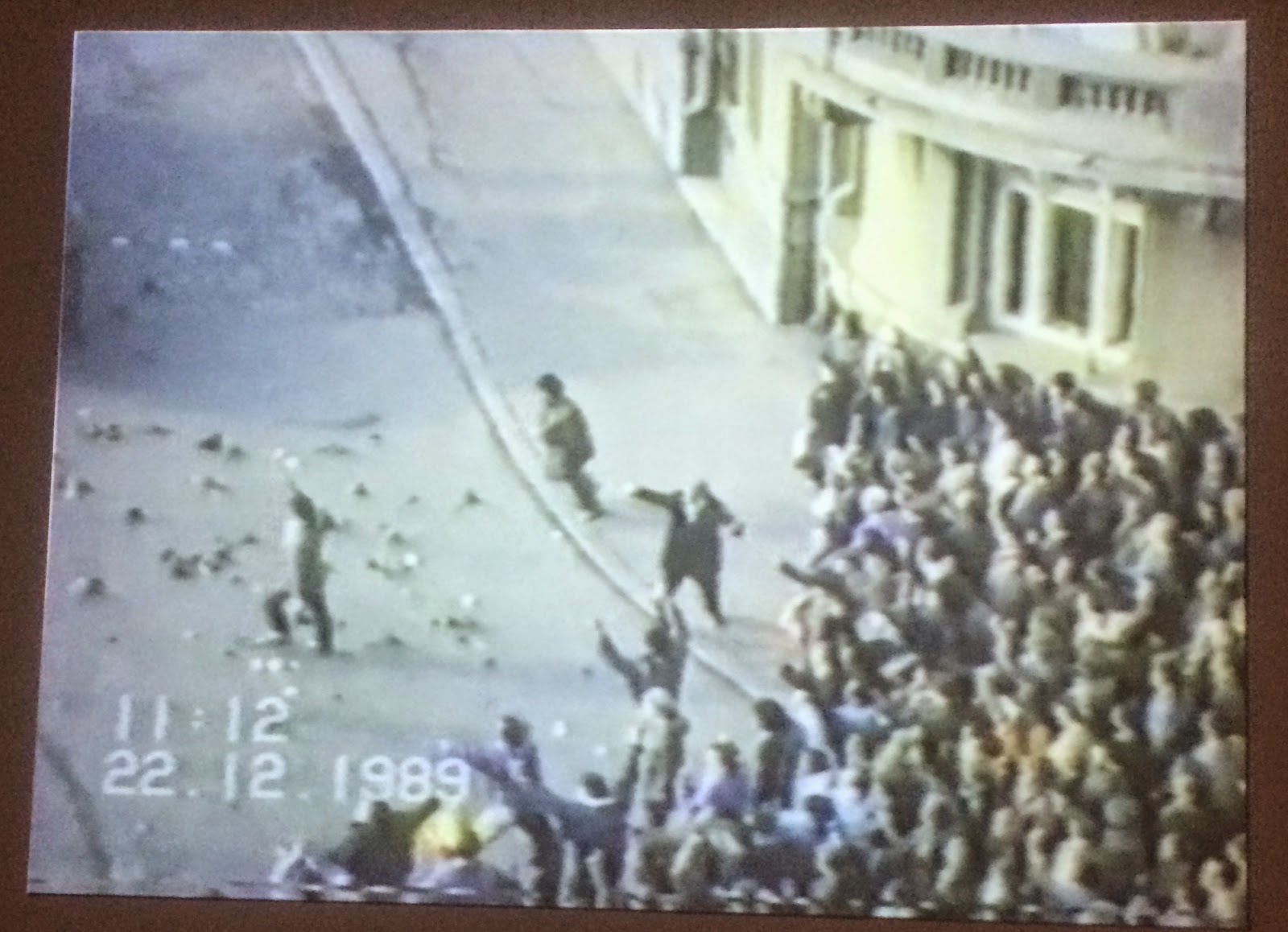 The area where PS1 is located feels like the renewed, safe yet soulless non-community urban space that is warily anticipated by Zero Tolerance, begging to question if revolutionary discourses can be authentically engaged in the thick of gentrified comfort.
Posted by Unknown at 5:59 AM