Artworks in this show is far from beauty and happiness. It is rather brutal and harsh. It shows the contemporary world’s tensions between freedom and control, and explores artists’ responses towards our society’s various controversial issues, such as violation of human rights, racial or sexual discriminations, and wars. In this exhibition, Chinese artist Zhao Zhao, who is known for following in Ai Weiwei’s footsteps shows his two photographs, “Cobblestone”, and “On Guard.”

In 2013, Zhao was held in investigative custody for 12 days by the Chinese government, without any official explanation, and his two photographs in Zero Tolerance confront the Chinese government’s controls and regulations. Through the works he is questioning the role of authority in China. In “On Guard,” the artist wears a police officer’s uniform and stands in Tiananmen Square  in Beijing, the capital of China.

The work shows Zhao wearing the uniform and includes people’s reactions around him. Zhao is just standing there without any gesture or words. It is hard to figure out whether he is protesting against the government or accepting the authority. Even though both Ai Weiwei and Zhao have made their works a tool to reflect and criticize the social issues in contemporary China, there are differences between Zhao and Weiwei’s styles. Zhao’s protest is more subtle compared to Weiwei’s direct approach. Weiwei demonstrates outspoken and obvious intensions in his art works. For instance, he has even used broken rebar from a collapsed school building from Sichuan province, China, to criticize Chinese government’s poor constructions in one of his recent works. Unlike Weiwei's straight-forward and strong confrontational style, Zhao’s works are indirect and conceptual. 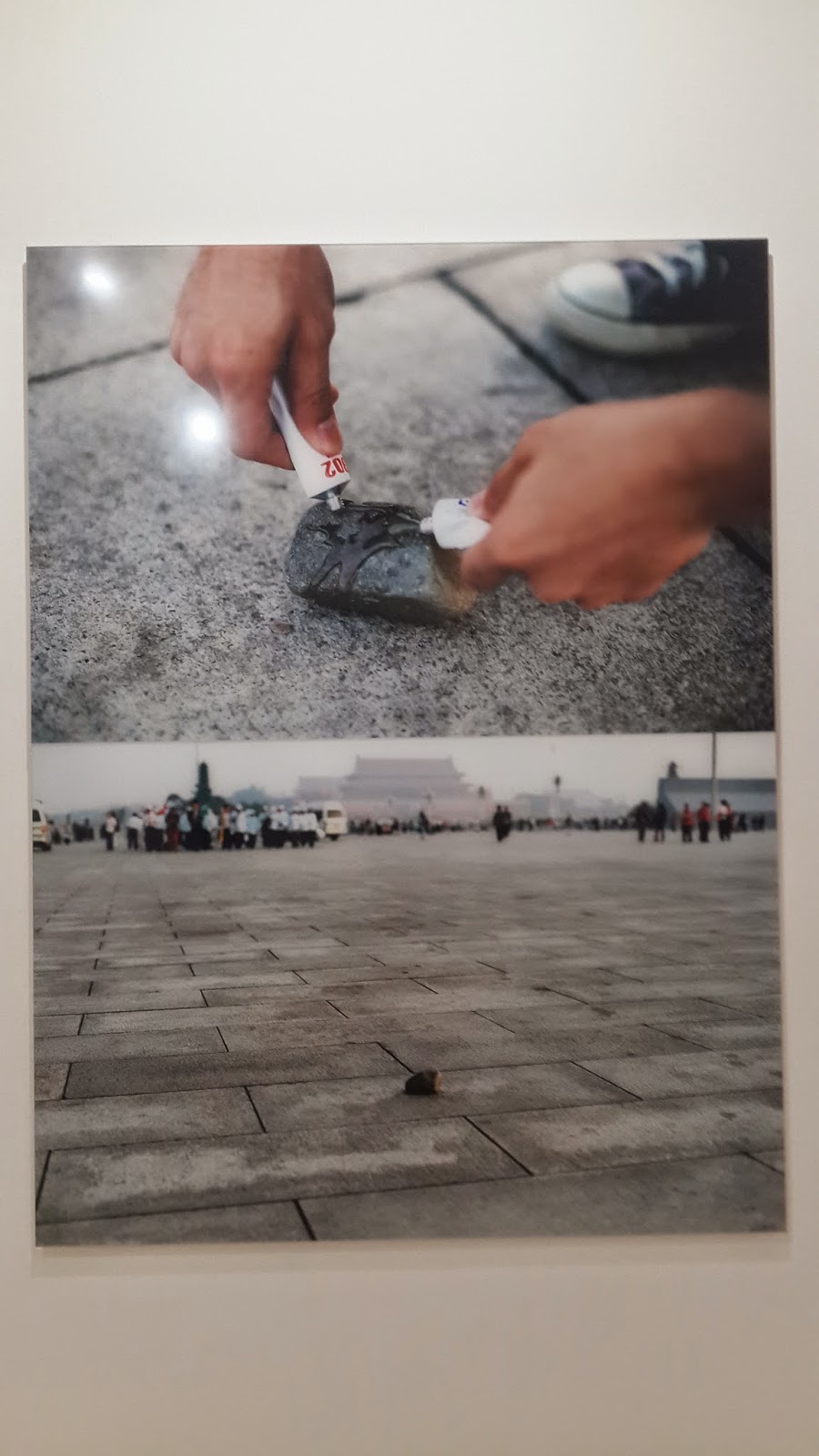