Dedicated to provoking discussion and experimentation, Artists Space has been a site for emerging artists since the 1970s, and is an apt location to showcase German artist and writer Hito Steyerl’s work that examines images and image politics today. 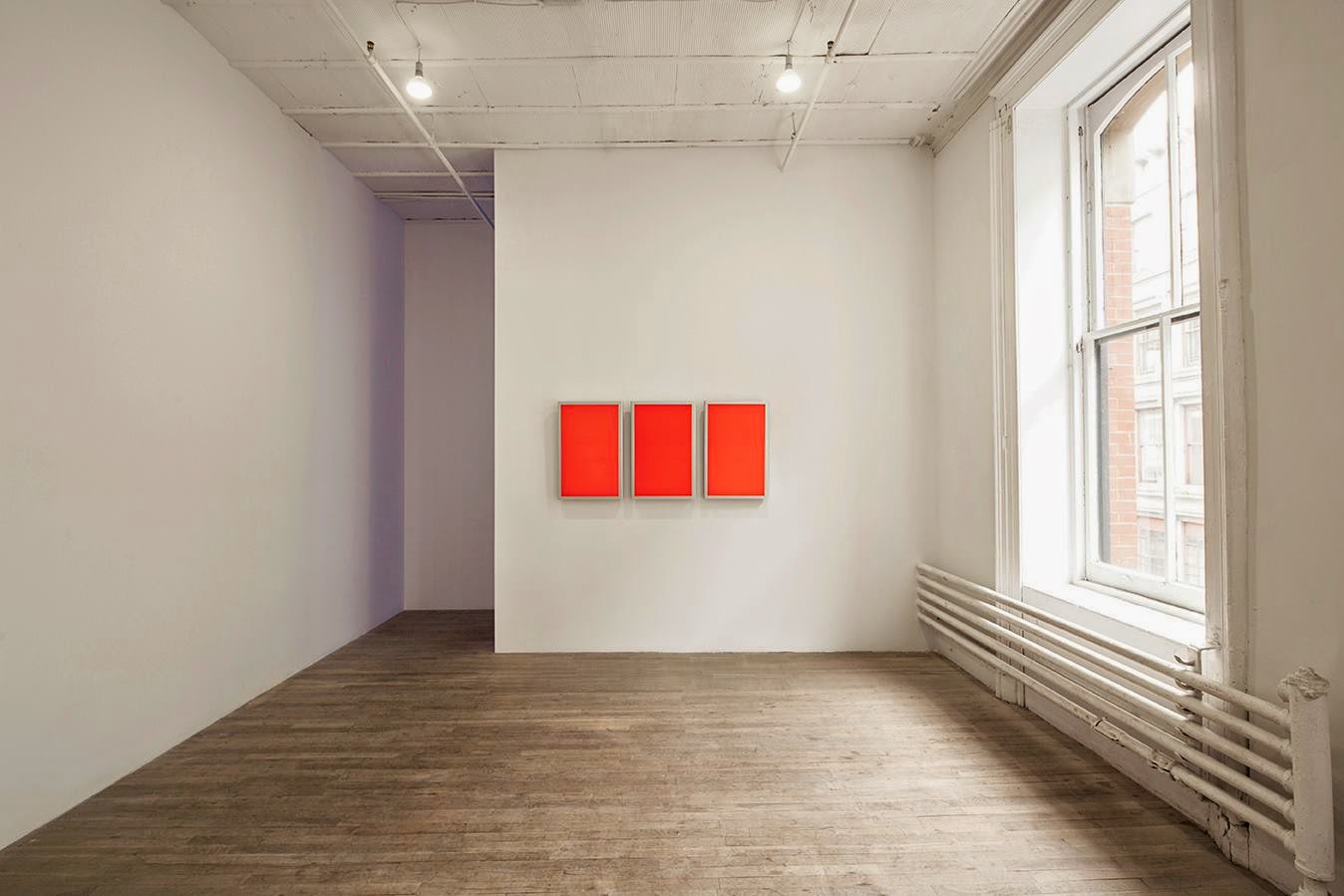 In the next room, a blue glow engulfs the space and a large screen stands in the middle of the area. A blue mat arches concavely upward from the screen, providing a space for viewers to sit inside the wave-like form. Liquidity Inc (2014) features Jacob Wood, a former investment banker, as he becomes a Mixed Martial Arts fighter. The collage-like layers of images in the film intertwine various concepts of liquidity such as economic and political climates, the adaptable quality of water, and the relationship between capital and the individual. 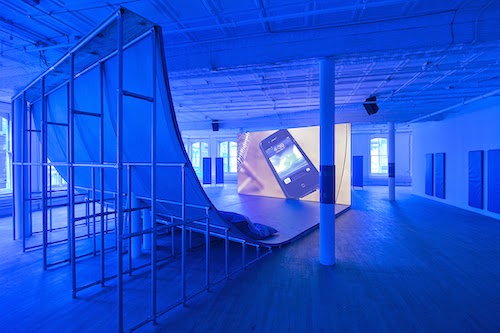 Leaving the consuming blue light, a dark and narrow padded hallway feels confining and disorienting before opening to reveal the film Guards (2012). Former law enforcement officers, now security guards the Art Institute of Chicago, recount and reenact tactical maneuvers within the galleries. These guards, who often remain unnoticed, once risked their lives to keep the public safe and Steyerl’s film causes the one to pause and consider the frivolity of such high level security in a museum. 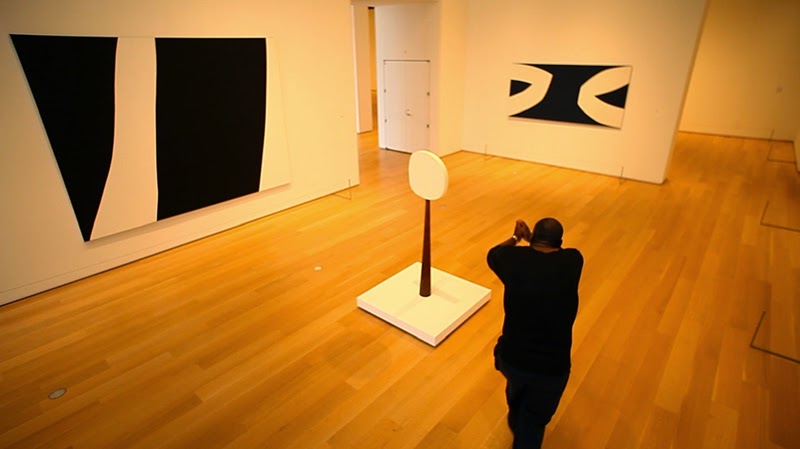 Steyerl’s work is art object, essay, film, and installation combined; immersing viewers and mimicking the reality of living within an abstract image-laden world. As postmodernism has infiltrated culture over the decades, the collapse of linear history has muddied the waters of perception and reality. Laced with undertones of conspiracy, Liquidity Inc. challenges the integrity of image replication and duplication and the ability to manipulate the public. Steyerl juxtaposes cultural symbols of wealth and greed with images of the common man, raising questions such as who is in charge and how power is used in contemporary society.