Natalie Frank: The Brothers Grimm at The Drawing Center- edited

The genre of fairytales has been explored by artists but working on the uncensored versions written by Jacob and Wilhelm Grimm (Brothers Grimm) has not been done as extensively as Natalie Frank’s show. Like the tales themselves, Frank’s work also has a gruesome quality to it in terms of the realistic rendering of characters and its uncensored content. The unrefined quality of the tales, along with their violent and sexual nature is kept alive in the drawings with the gestural use of dry pastels and gouache (in grotesque fleshy tones in some cases), giving the work its visceral characteristic.

The work incorporates themes such as mythology and fantasy when it comes to depictions of characters which appear to be hybrids of humans and beasts. Stylistically, the drawings touch upon surrealism and abstraction as characters merge and melt into other characters. Compositionally, the drawings maintain a book- illustrative quality, at times shown with thick borders around the central image. There is a child-like rawness to the drawings, but the work itself may not be suitable for children to view, marking another similarity with the original Grimm tales which were not intended for a younger audience.

There is, however, a comic element and a sense of absurdness alongside the horror and cruelty on display. The psychological tension of the subject of sexuality combined with violence, underlying the drawings, may make one feel uncomfortable into accepting its significance to humanity. In this case, the moral of the story may be that the subject of fairytales, censored or uncensored, may never grow too old to be explored further as primal human desires remain the same through the ages. 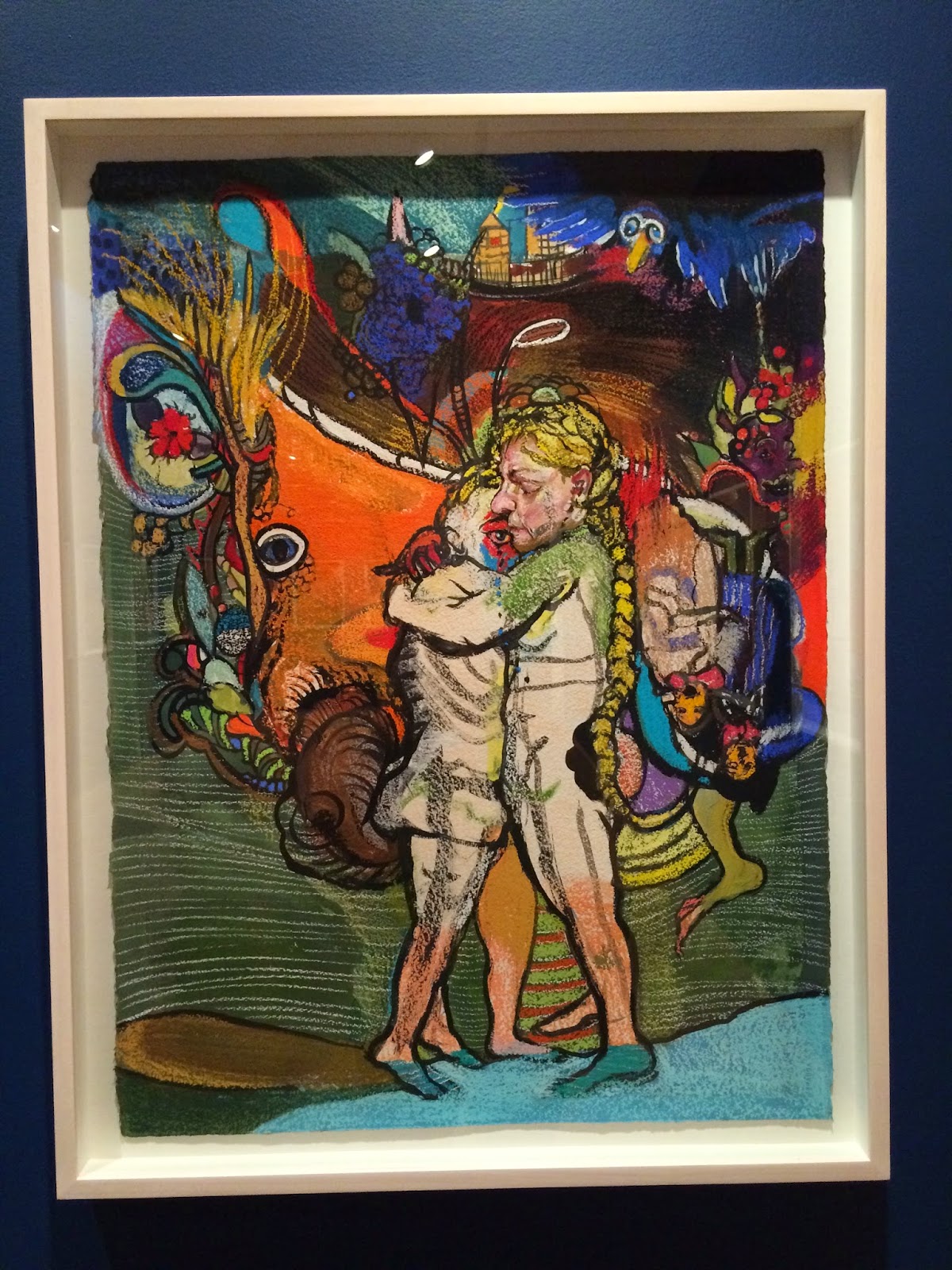 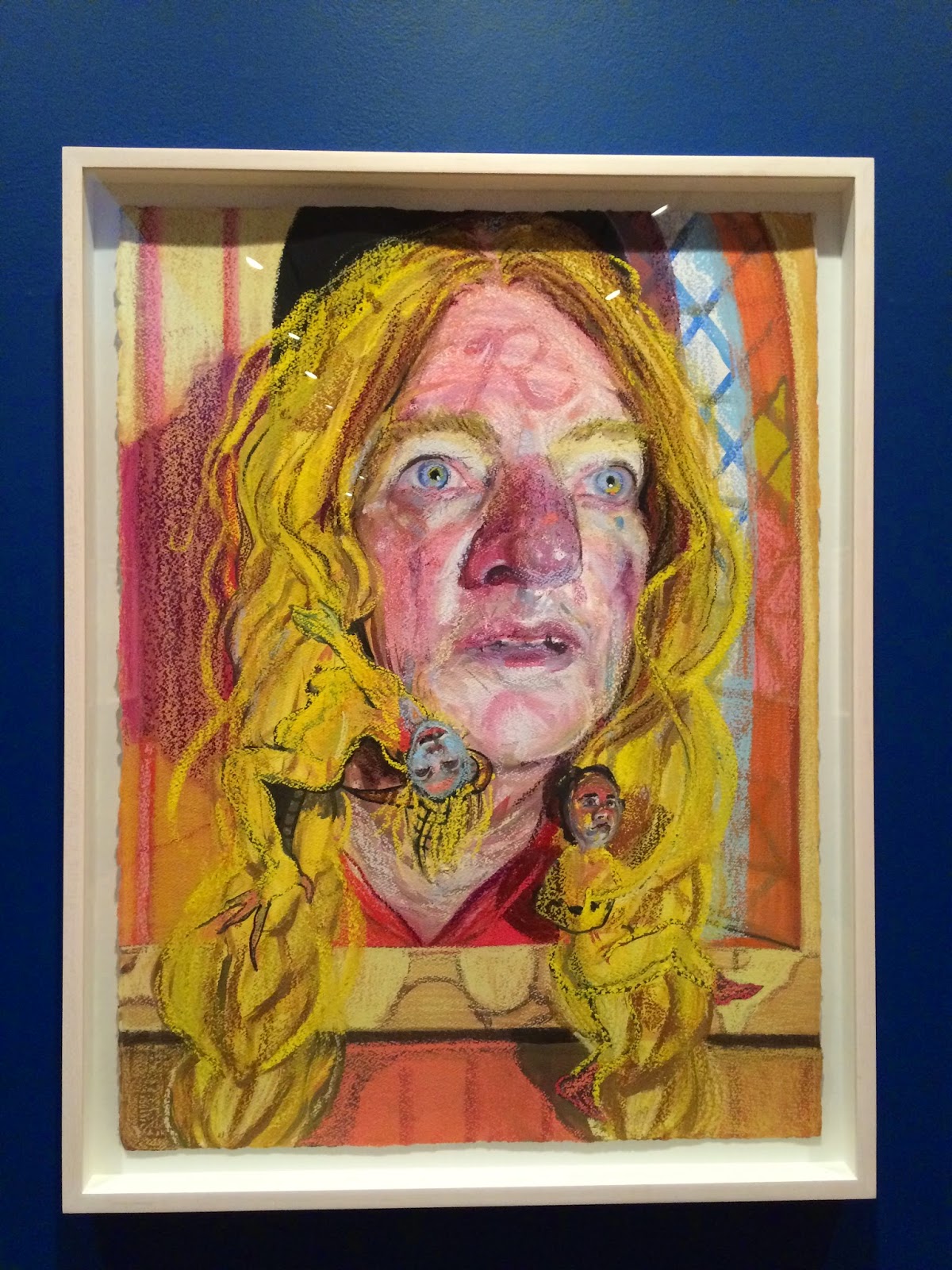 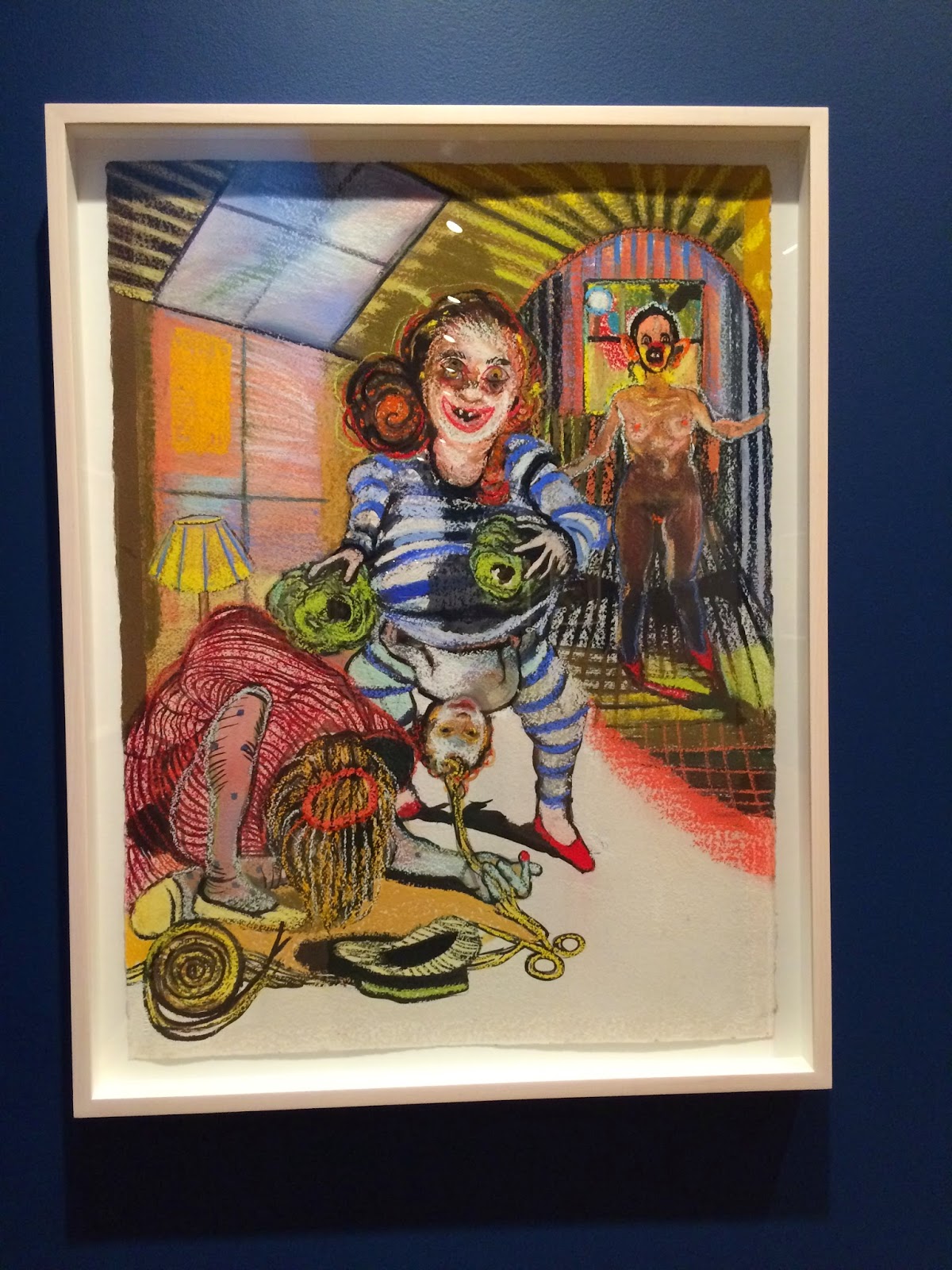 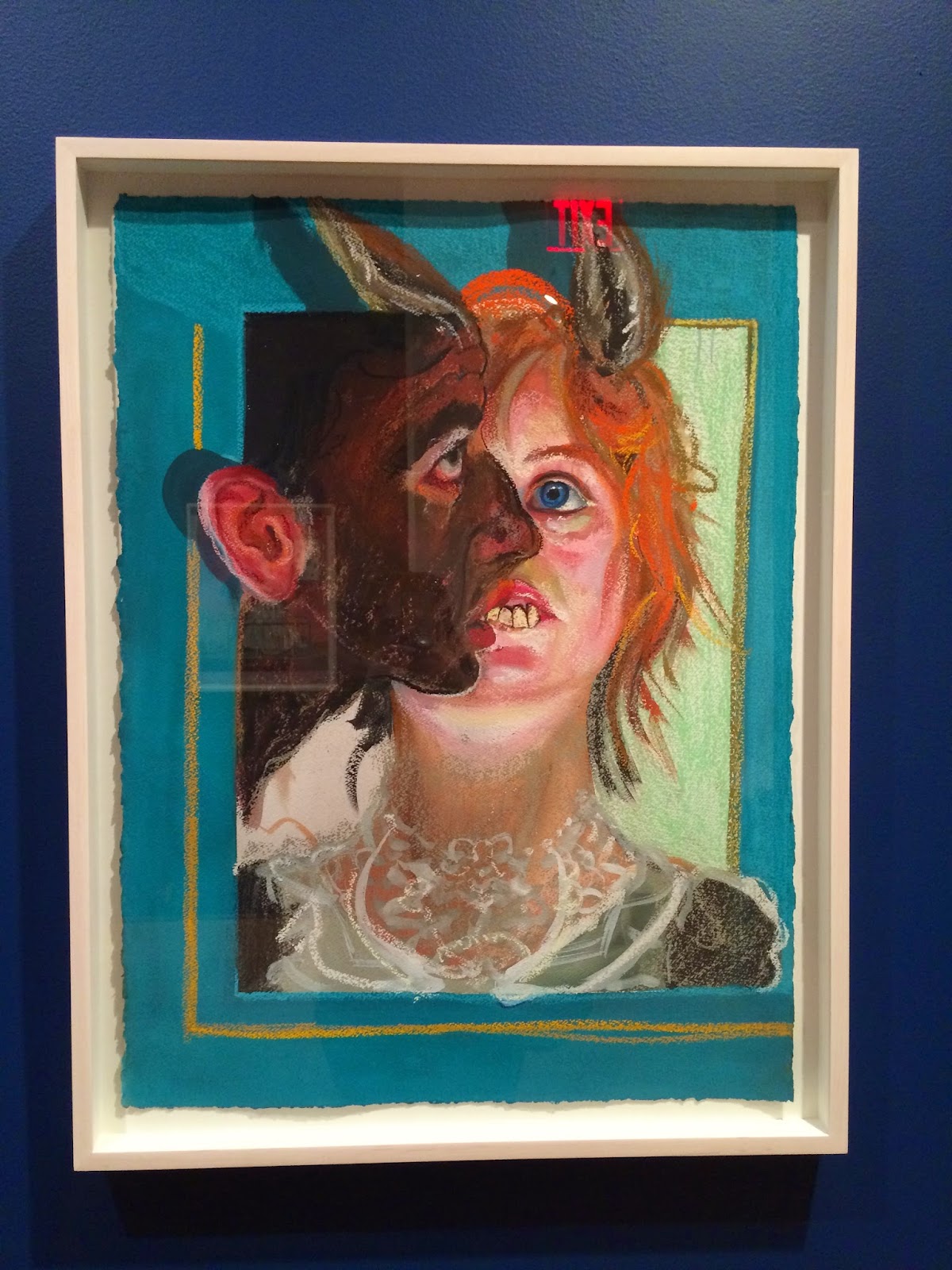 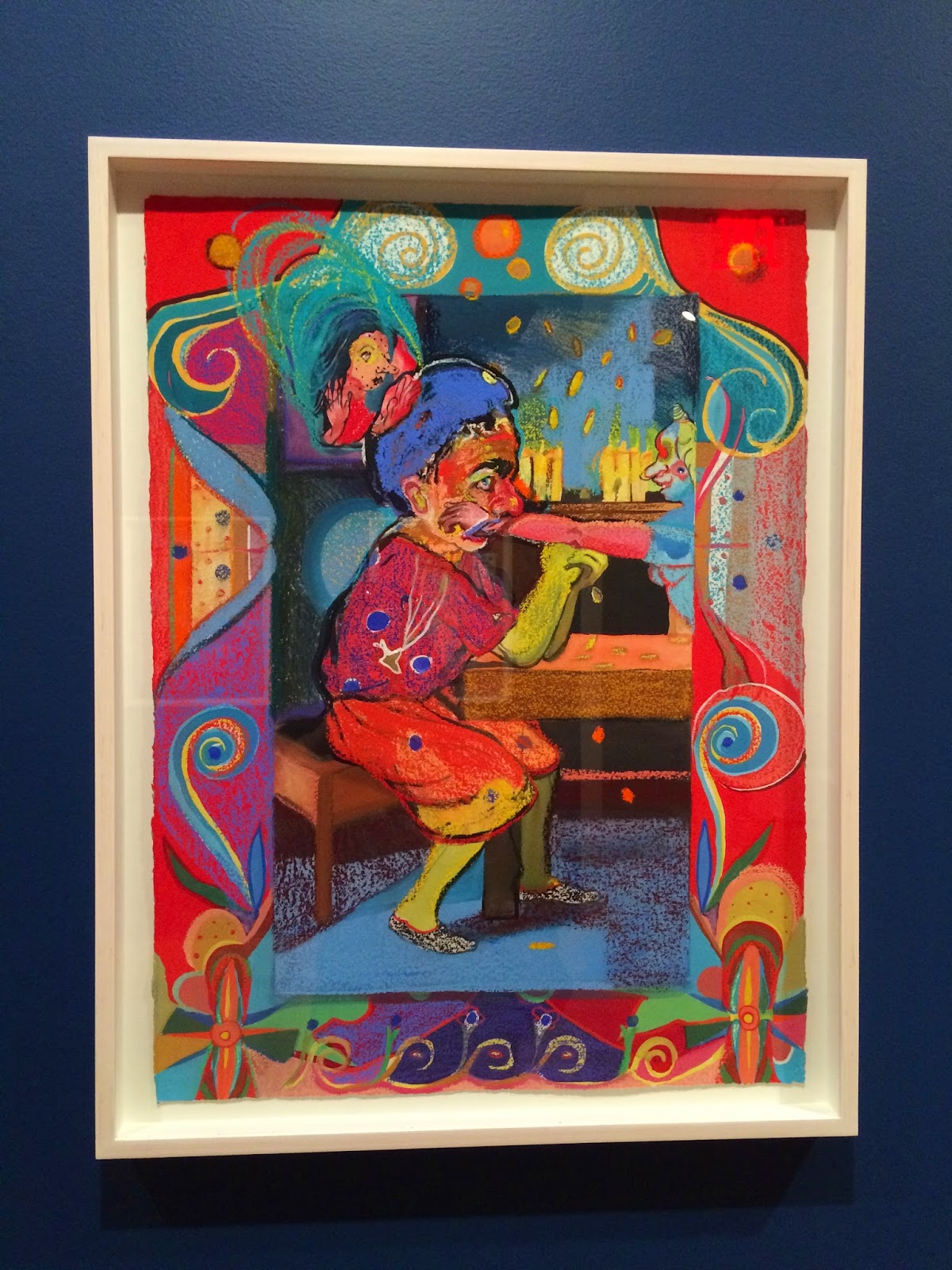 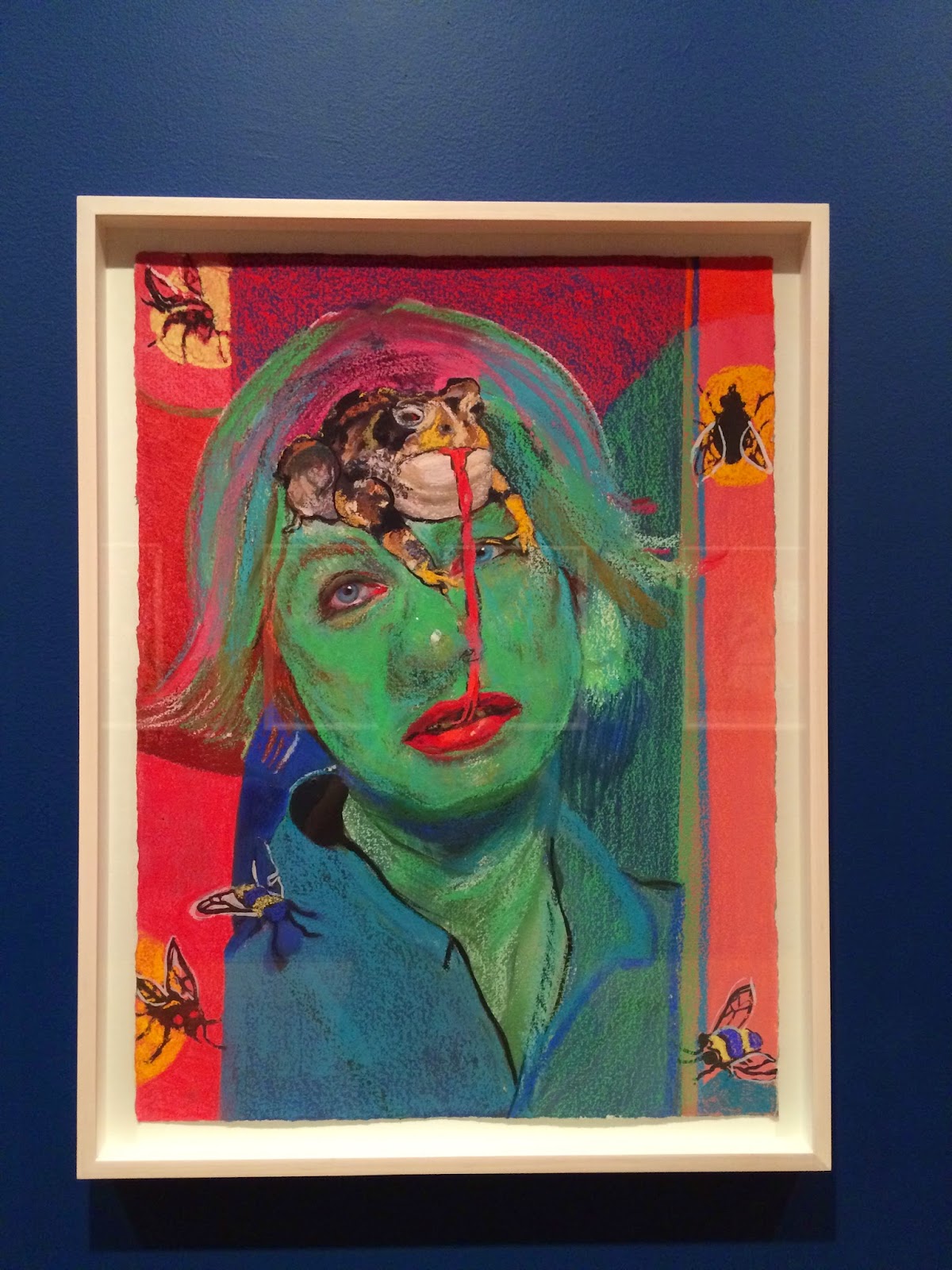 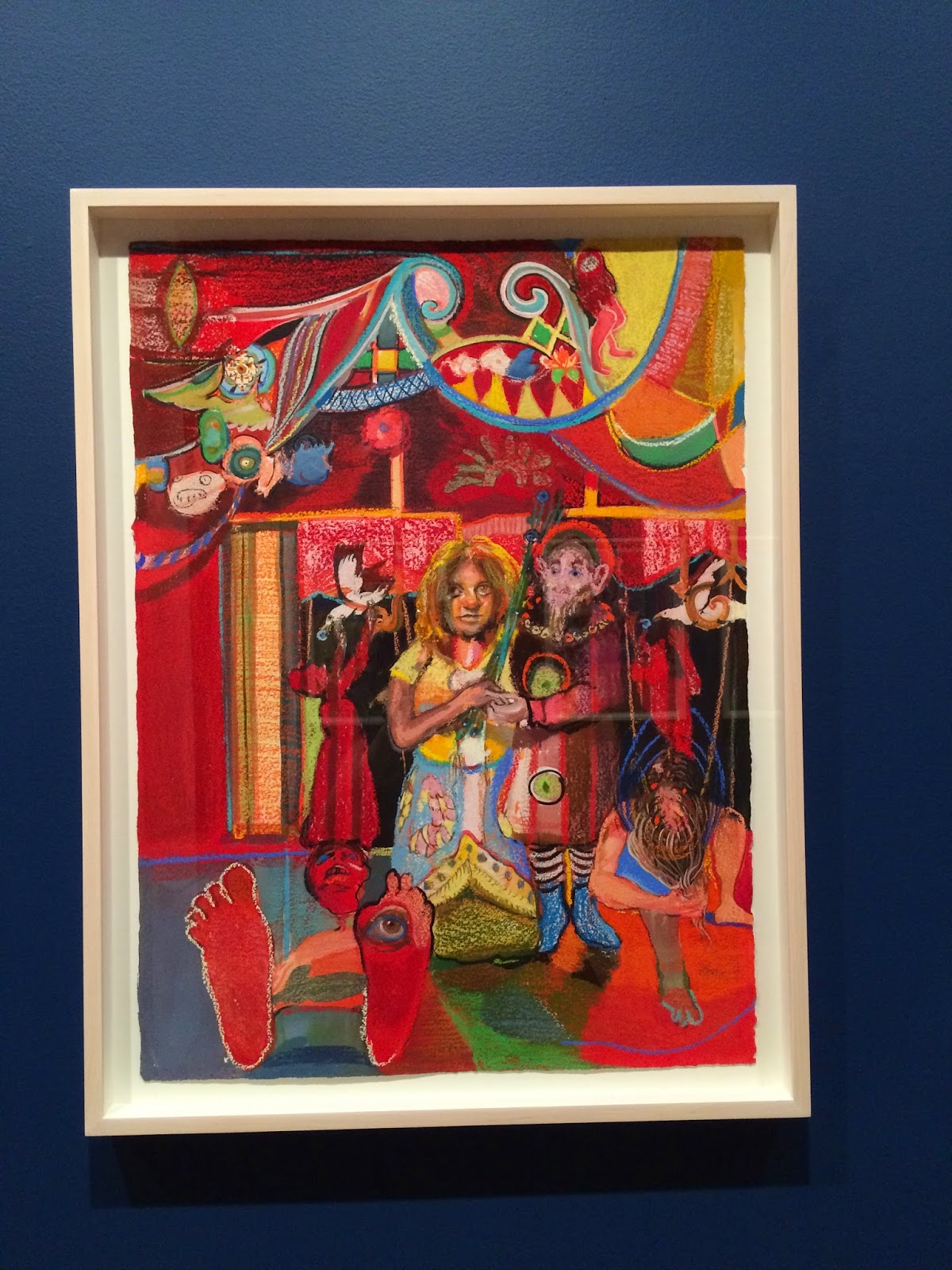 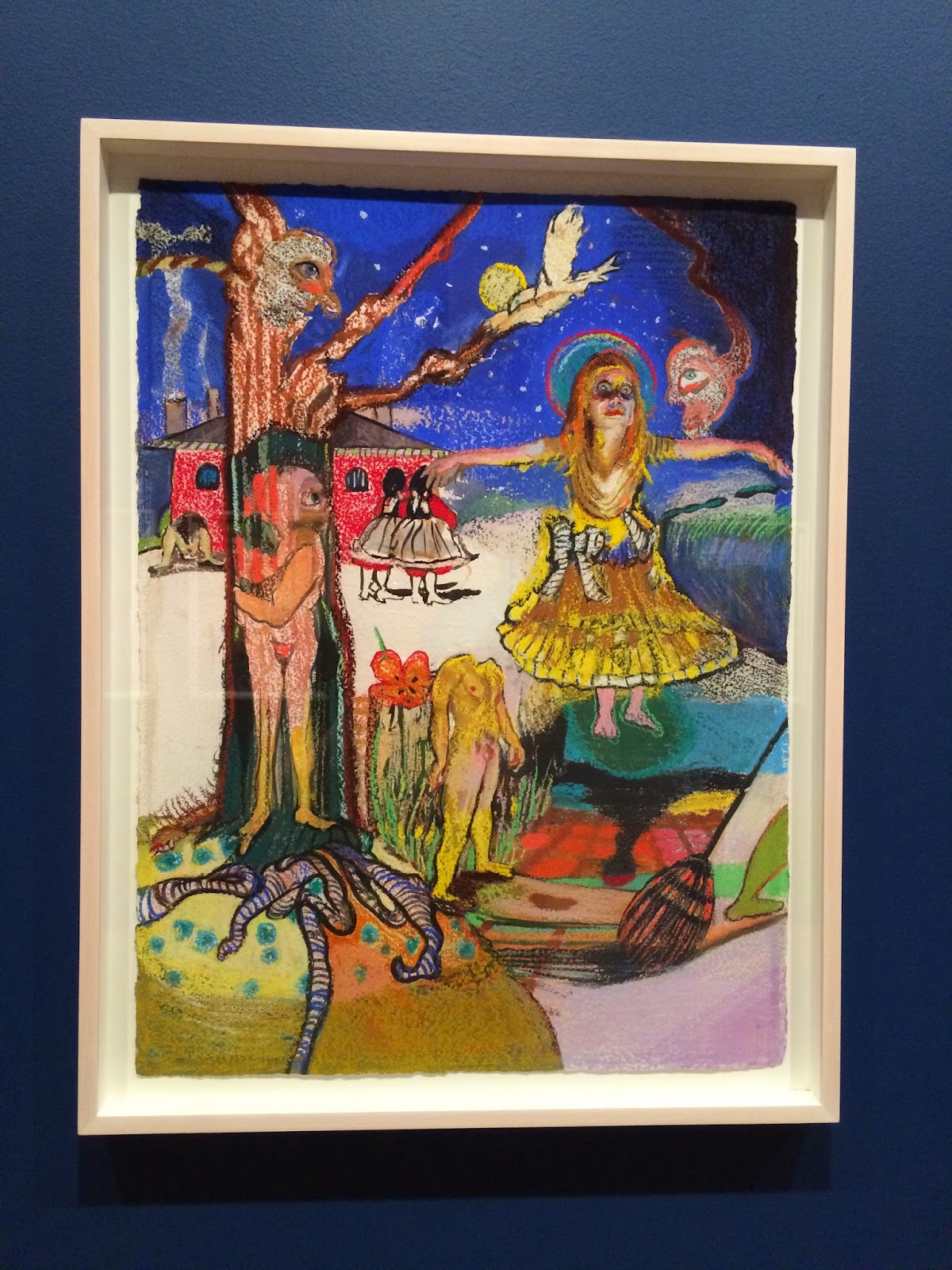 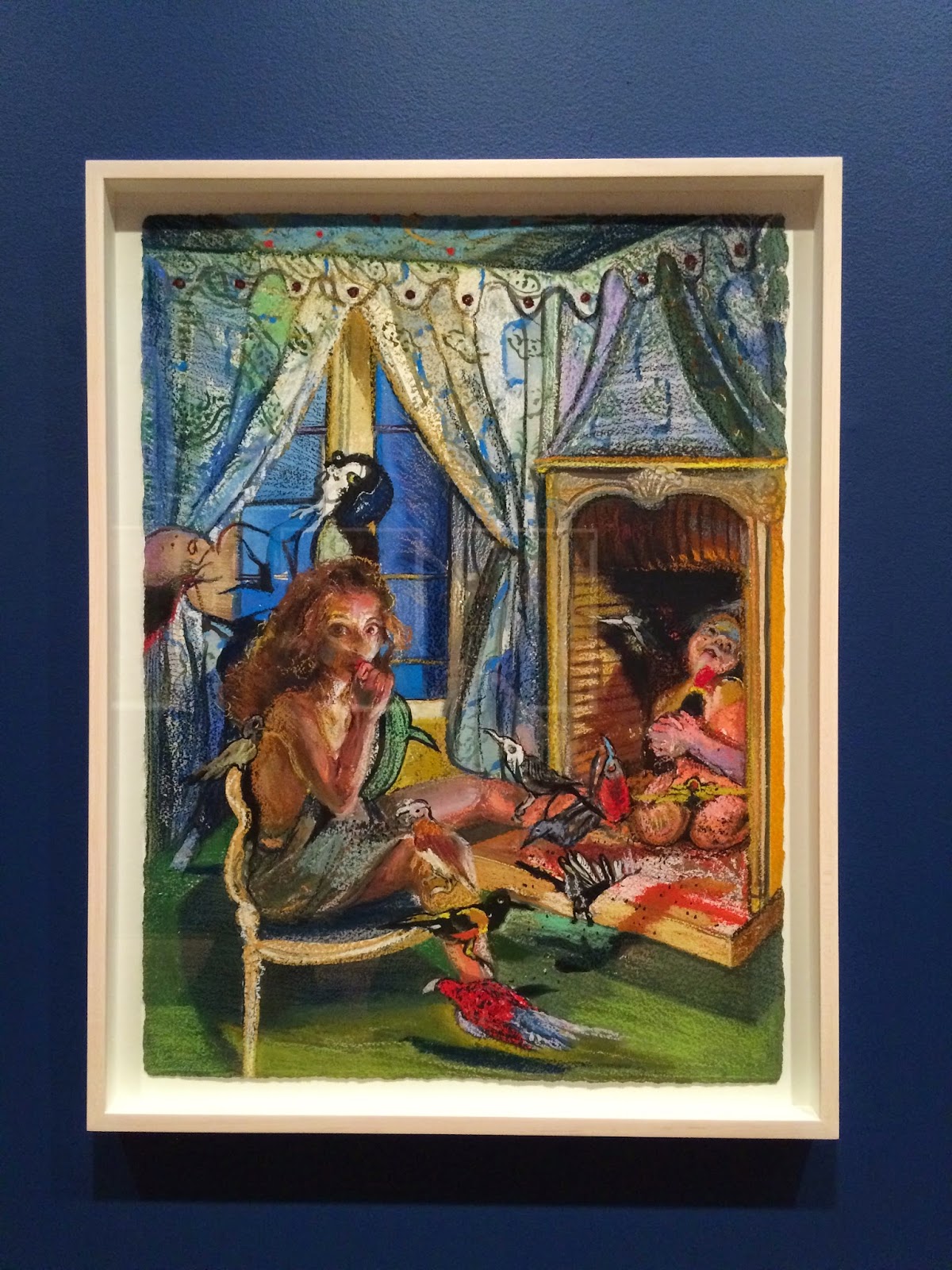 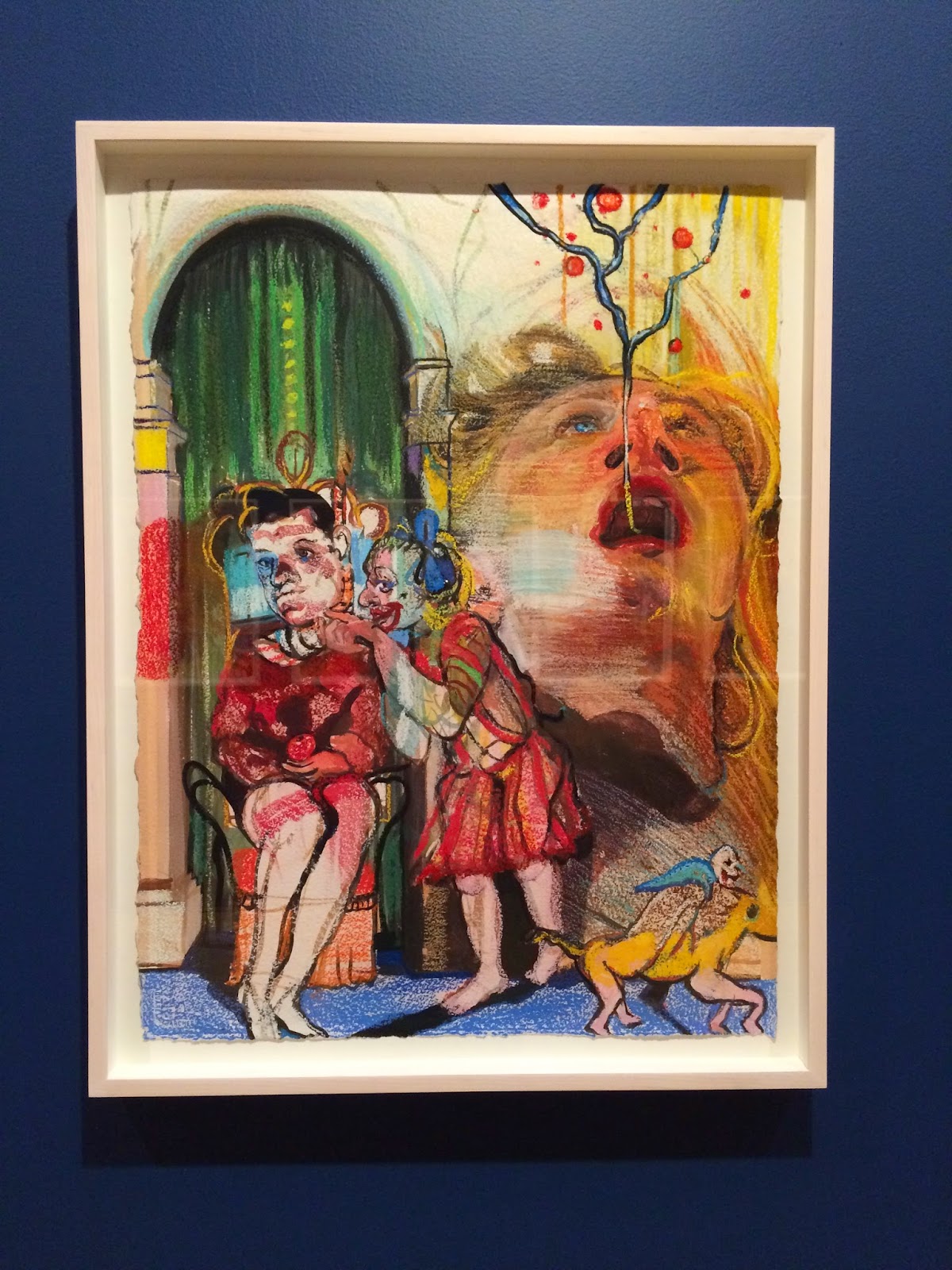 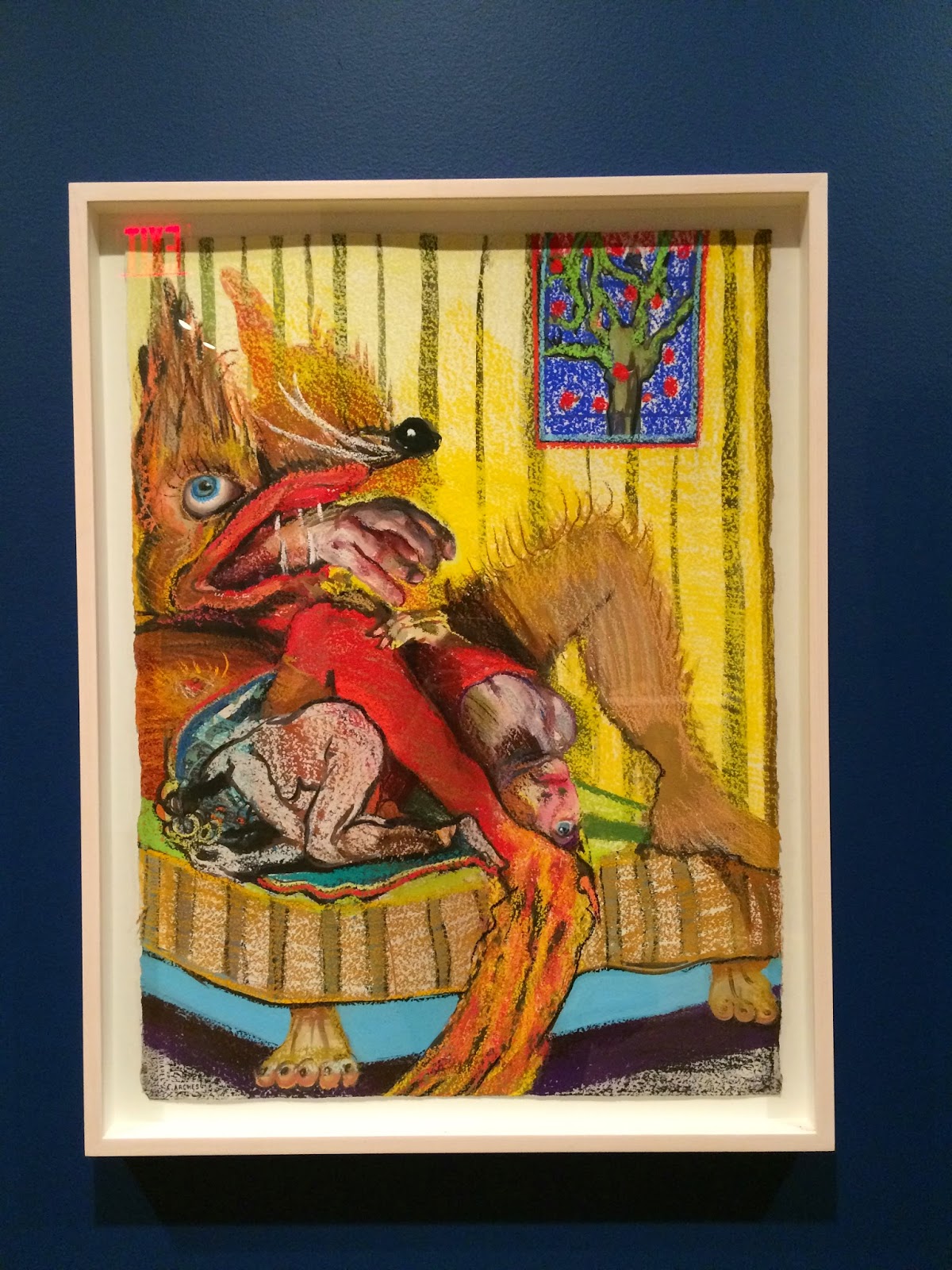 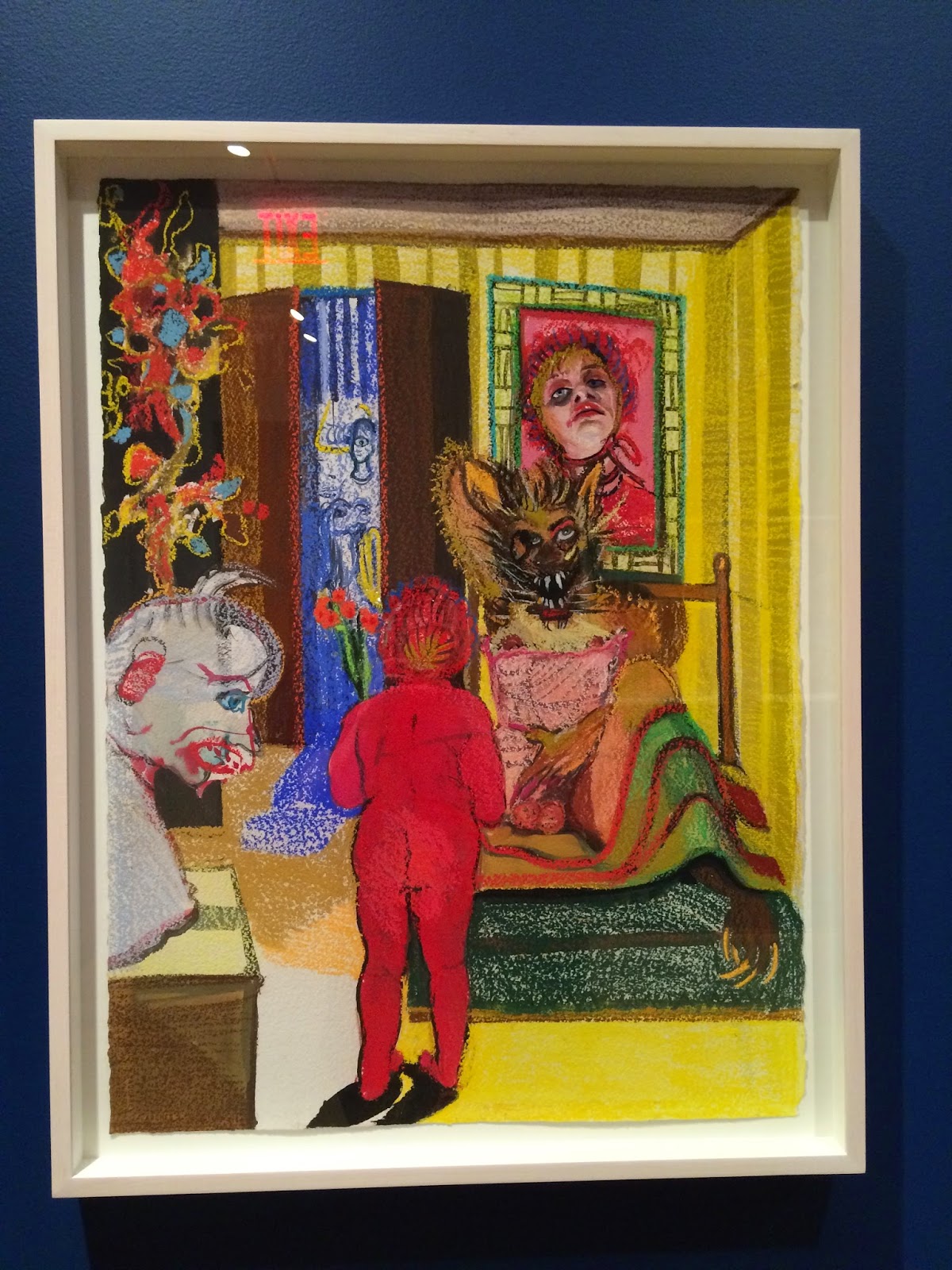 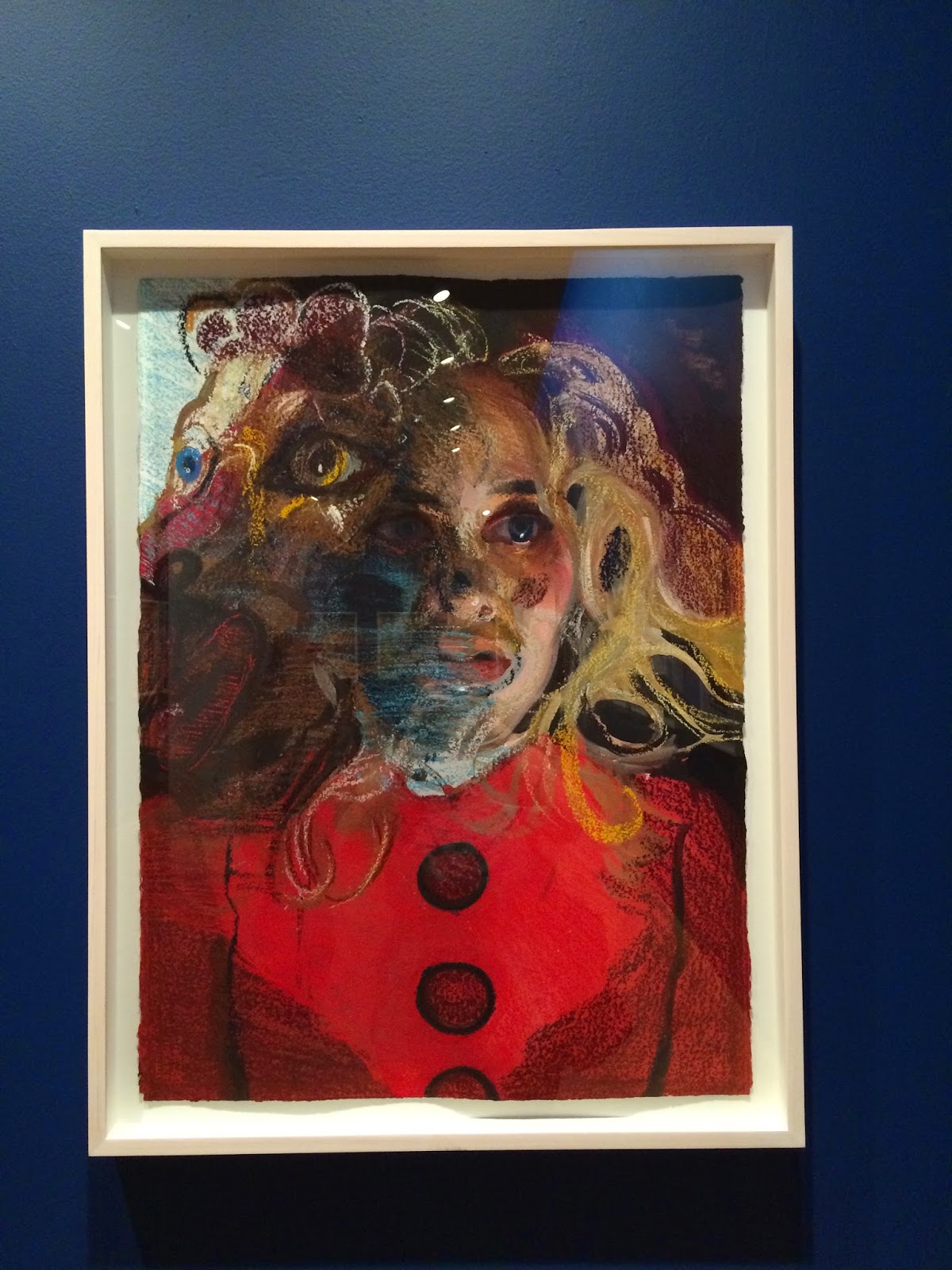 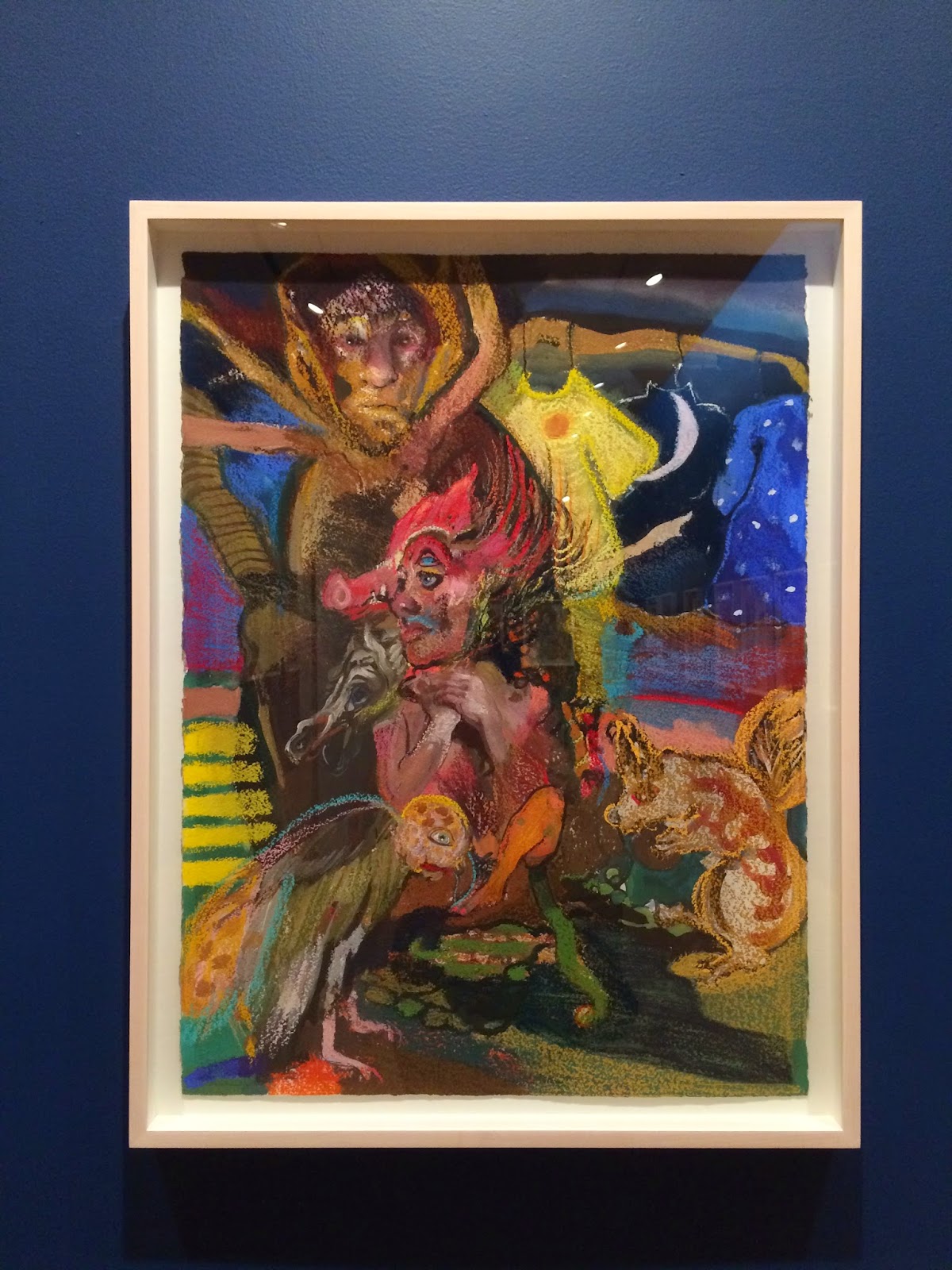 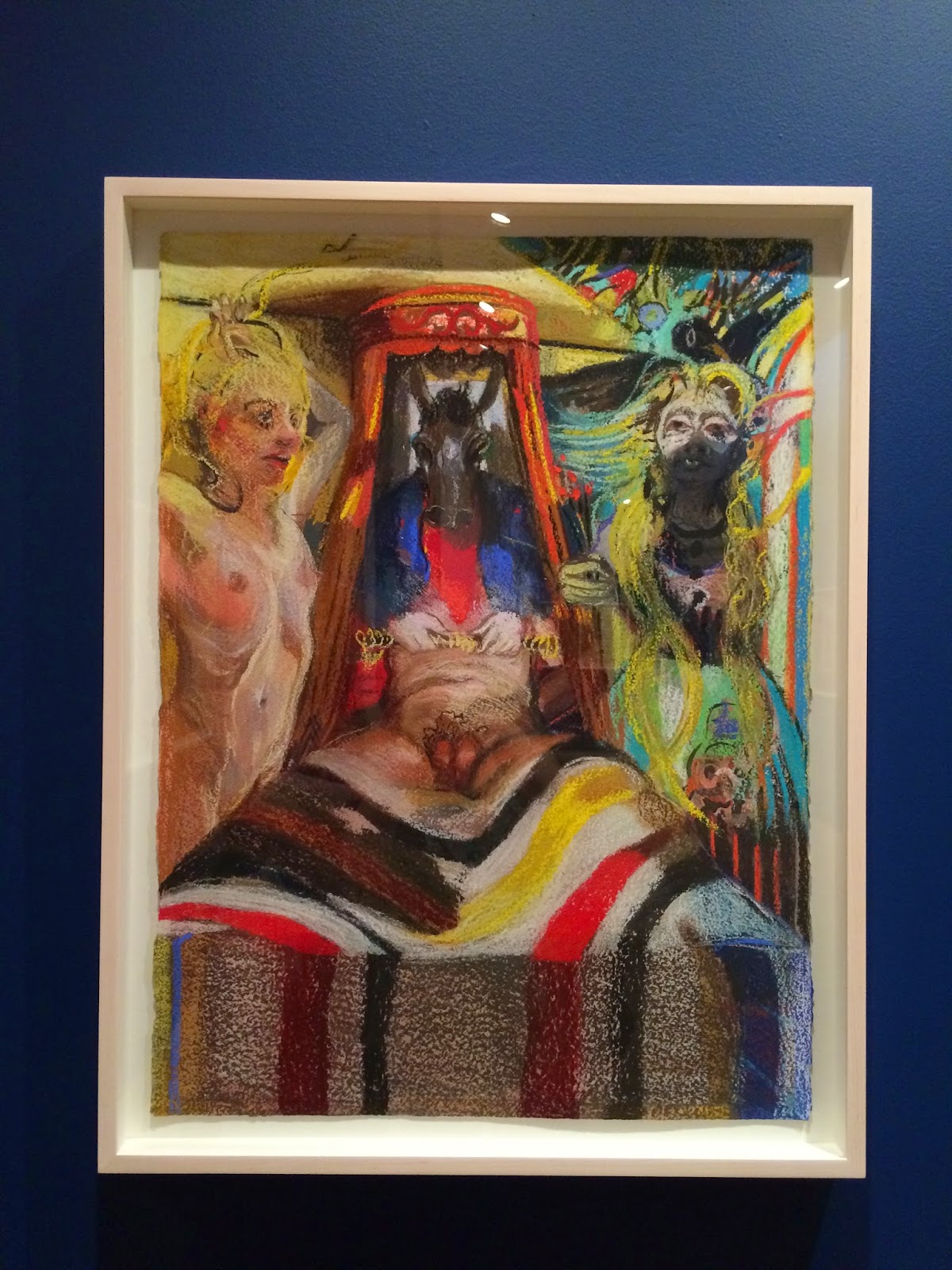 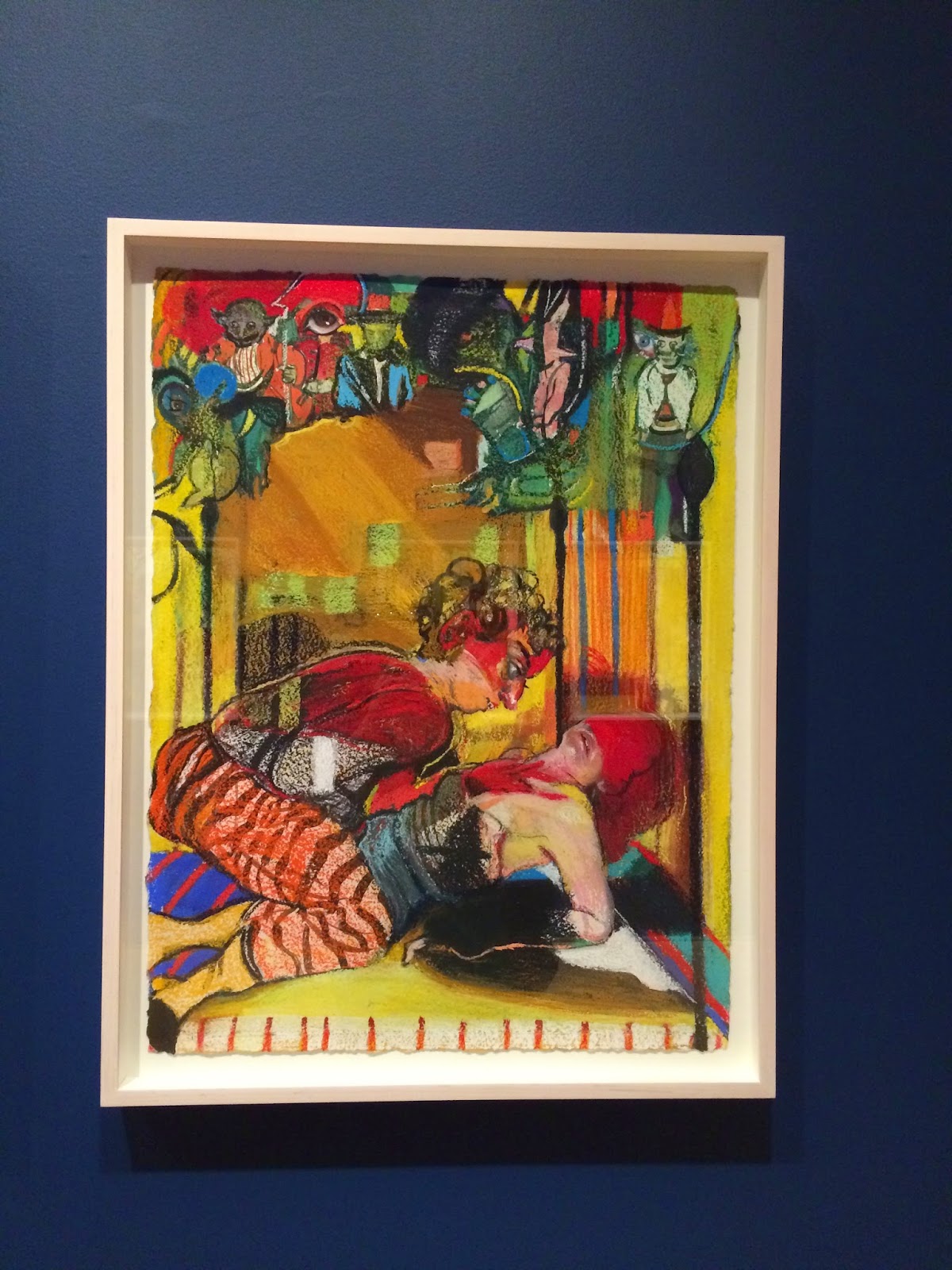 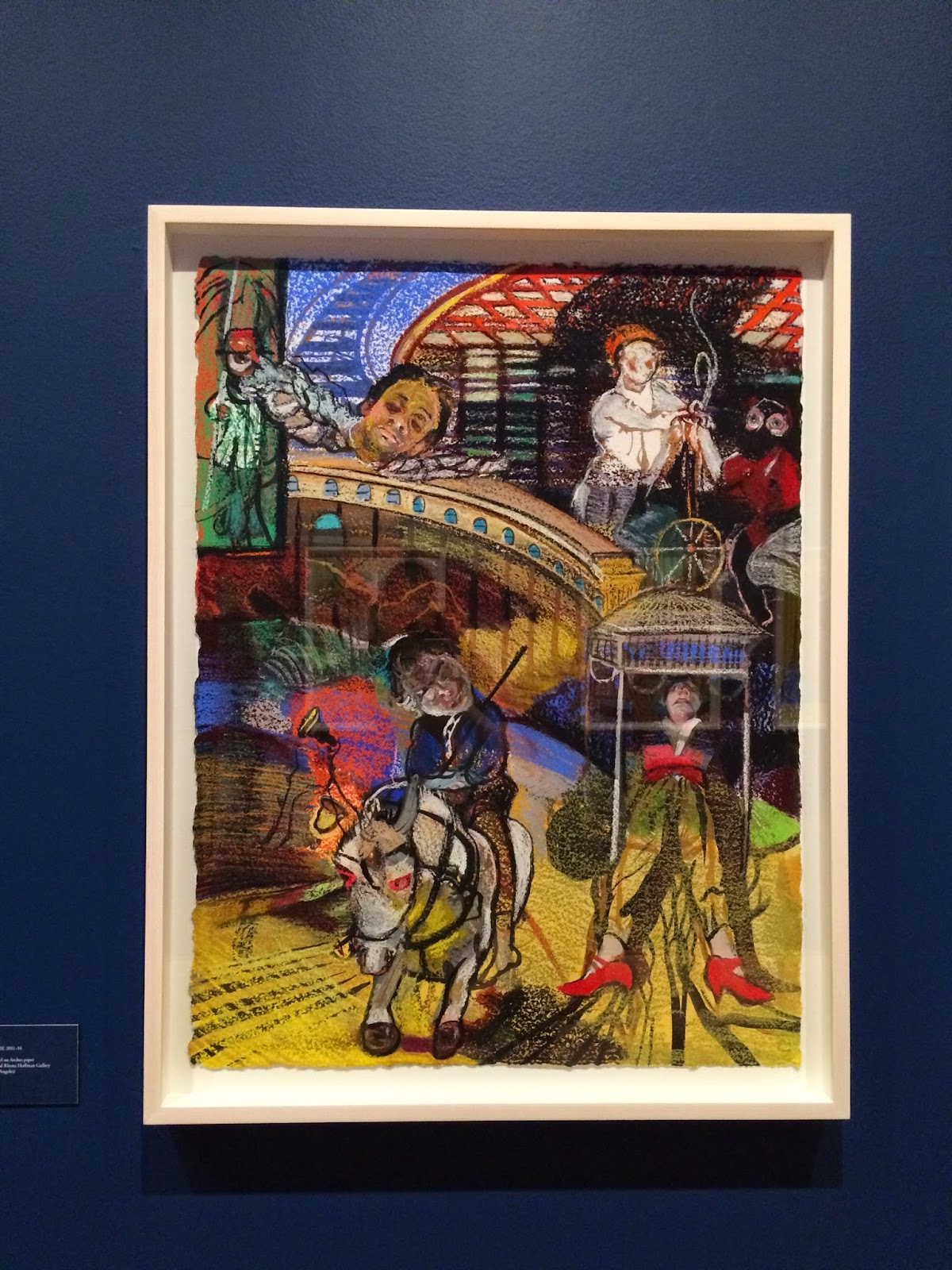 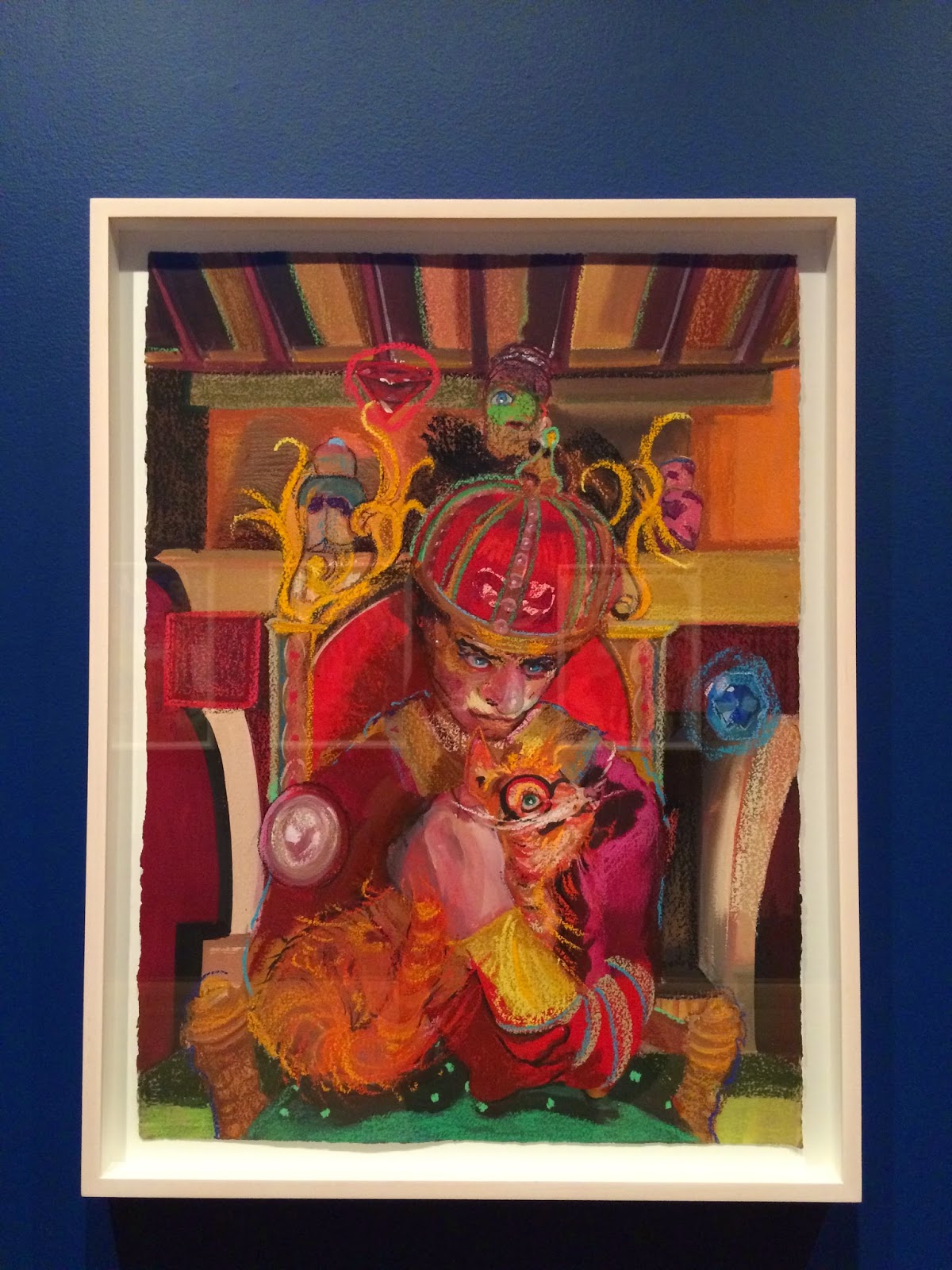 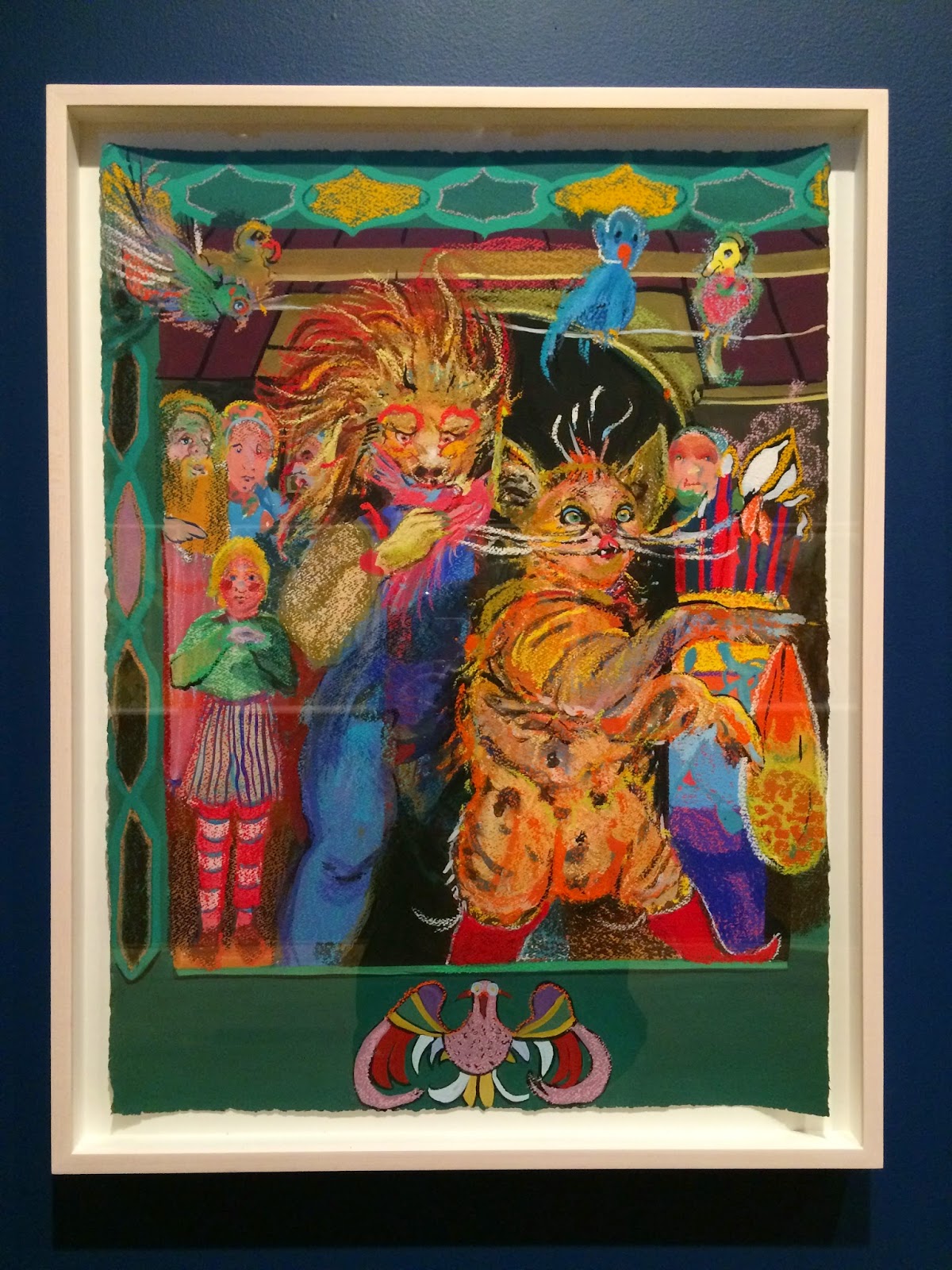 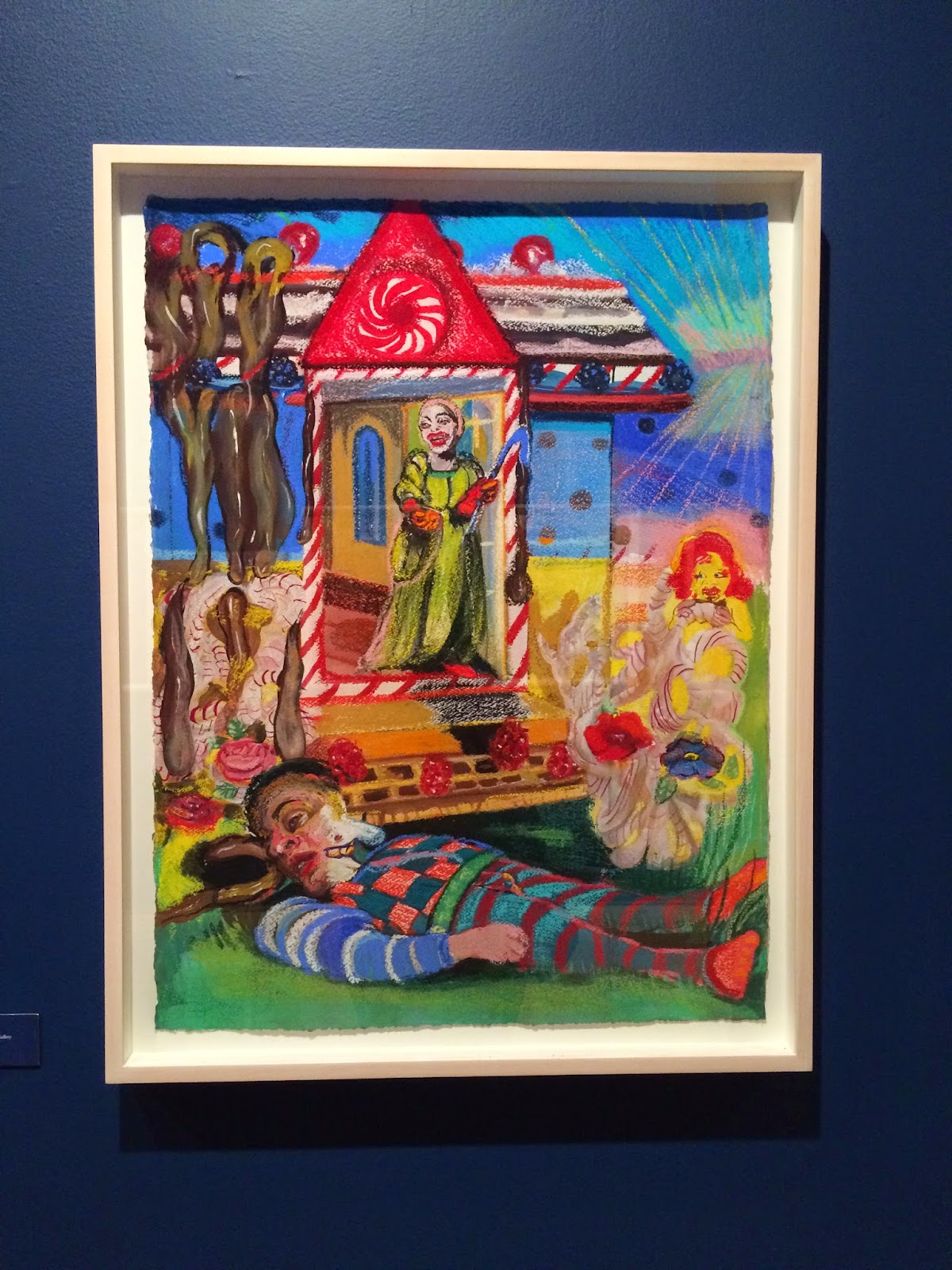 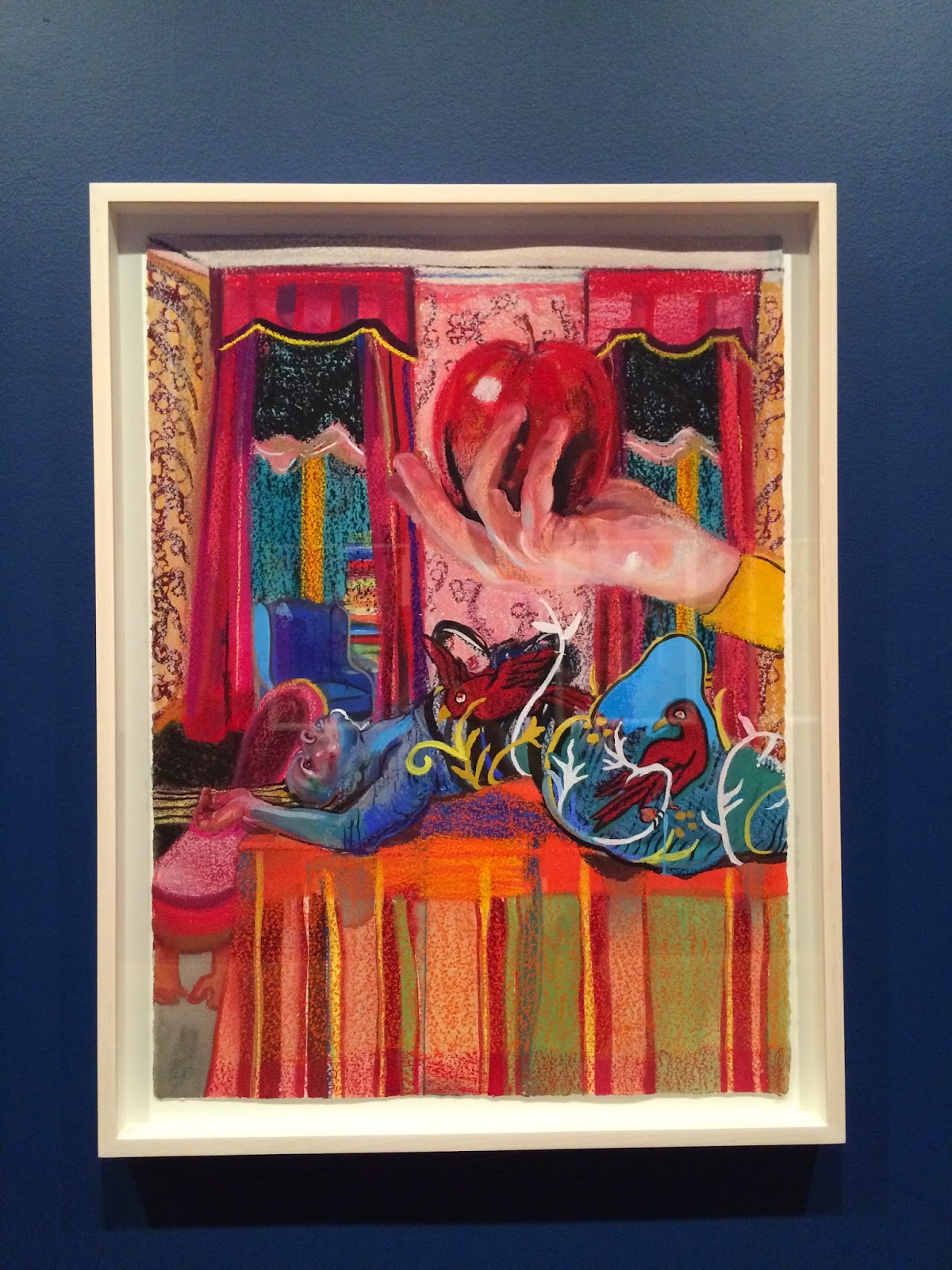 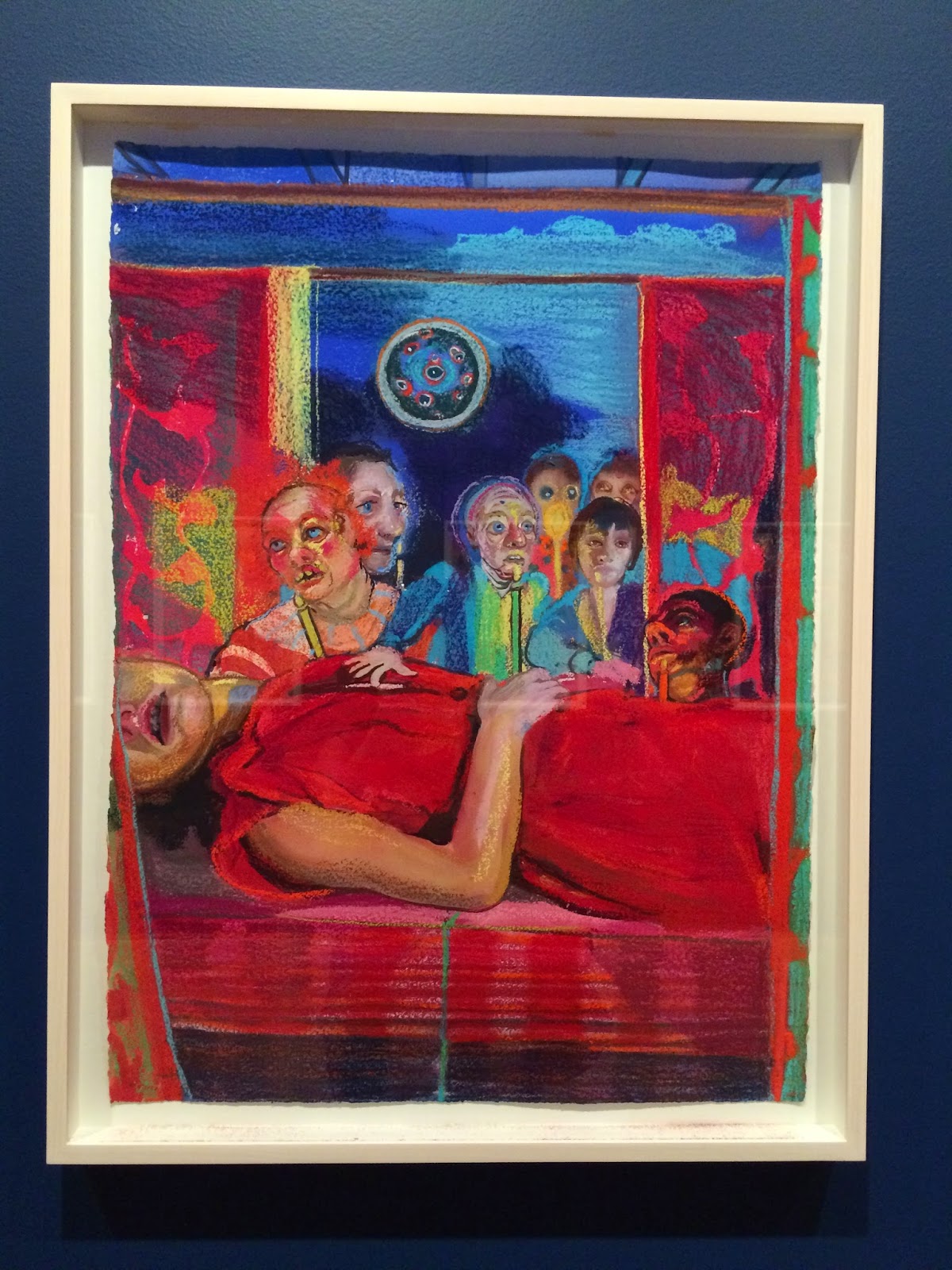 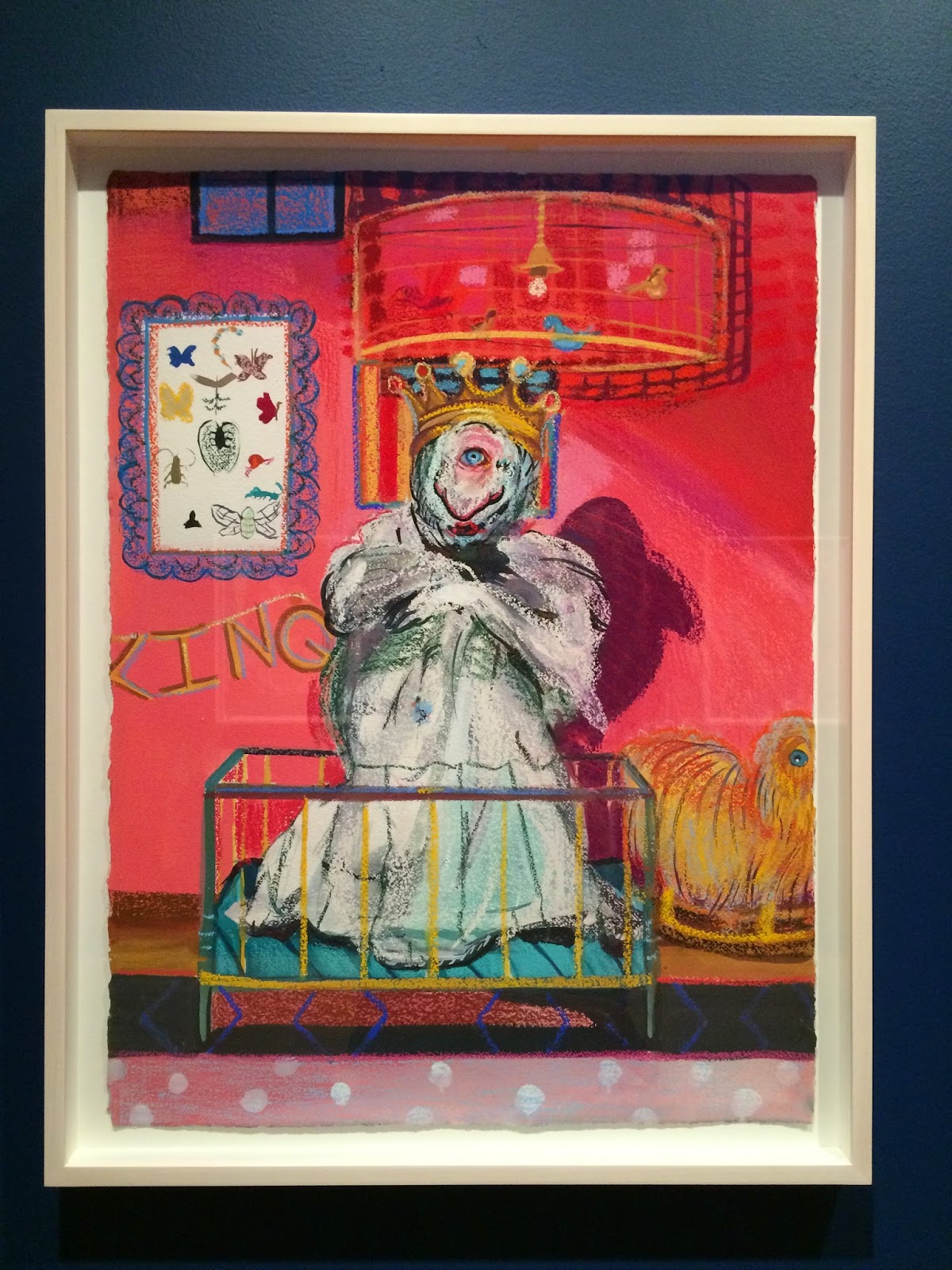 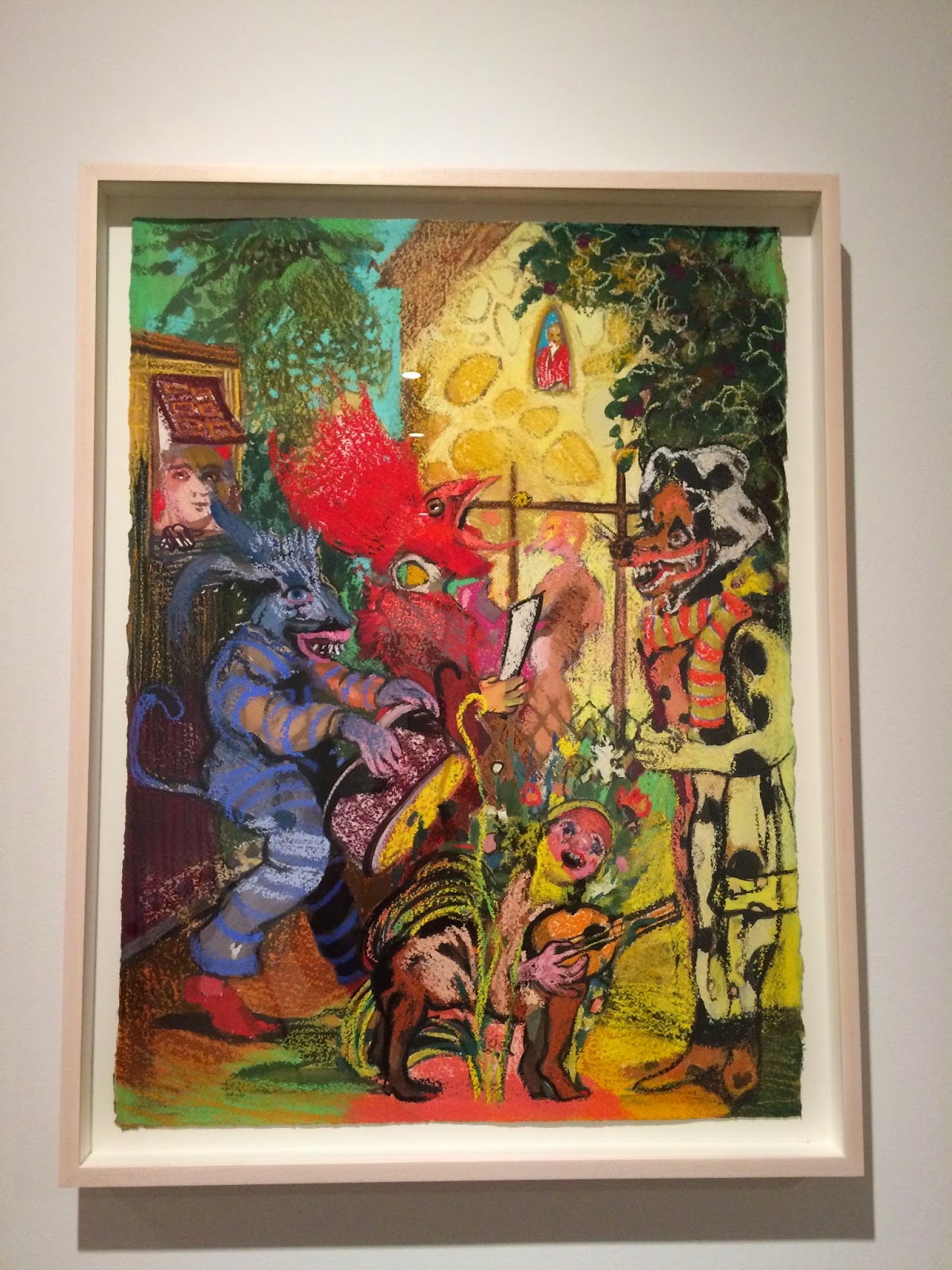